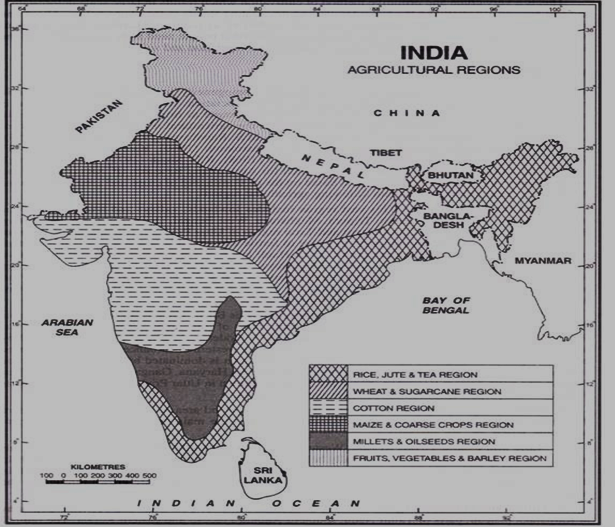 Rice is primarily grown in plain areas like Gangetic plain, it is also grown below sea level at Kuttanad (Kerala), hill terraces of north eastern part of India and valleys of Kashmir.

Cash crops are those crops which are grown for sale either in raw form or semi processed form. Major of them are as follows:

It is the most important oilseed of India. Groundnut is grown both as kharif and Rabi crop but 90-95% of the total area is devoted to kharif crop. It is a rainfed crop. Some of the geographical conditions are as follows: