In an ‘incredibly significant find’, archaeologists have discovered prehistoric remains at a river bank in Chhattisgarh’s Sarguja district, indicating continued settlements in the area from prehistoric to late medieval period.

The tools and artefacts were found during exploration survey by archaeological department of Chhattisgarh government in January this year on the banks of river Renuka (called Renu by locals) in Mahespur area, nearly 40 km from district headquarters town of Ambikapur and around 350 km from Raipur.

Chhattisgarh is very rich in rock paintings ranging in age from Mesolithic to Historical period and as said above, some of the rock paintings date back even to prehistoric period. Many of the rock paintings throw interesting light on the life ways and art of Early Man. By far the most prolific rock art sites in the state of Chhattisgarh are located in the district of Raigarh at Singhanpur, Kabra Pahar, Basnajhar, Ongna, Karmagarh, Khairpur, Botalda, Bhanwarkhol, Amargufa, Gatadih, Siroli Dongri, Bainipahar etc. Some of these were already known and a few were discovered during the course of two years survey in the district. At most of the sites pictures of snakes, birds, elephants, humped cattle, wild buffalo, wild boar, deer, rhinoceros, human figures, mermaids, hunting scenes, geometric designs, scenes of agricultural activity and dancing scenes in several colours have been drawn. In the district of Kanker some of the rock paintings are located in the shelters of Udkuda, Garagodi, Khairkheda, Kulgaon, Gotitola etc. In these shelters human figures, animal figures, palm prints, bullock carts, etc. are generally depicted. Rock art sites of Ghodsar and Kohabaur in the district of Koria are also worth mentioning. These have the paintings of human figures, animal figures, scenes of day to day life, generally painted in white. At Chitwa Dongri (Durg Dist.) interesting depiction of a Chinese human figure riding a donkey, pictures of dragons and those of agricultural scenes are depicted. In addition to the sites mentioned above, Limdariha in Bastar district and Sitalekhni, Oogdi etc. in Sarguja district have also yielded several interesting rock paintings. There are more sites, probably numbering over fifty, ranging generally from Middle Palaeolithic to Historical period located in the state of Chhattisgarh but these await proper documentation and research.

There are many rock paintings dates back to prehistoric period, and are thousands years back. Most of paintings and art on the rocks gives us an insights into the life of early human beings. In Raigarh you will find some of the rarest and interesting pieces at amargufa, bhanwarkhol, bainipahar, basanjhar, kabra pahar,singhanpur ongna, Karmagarh, khairpur ,Botalda,siroli dongri, etc.

A painted shelf is located at the place named Singhnpur in Raigarh district of Chhattisgarh state. This Shelter is south-facing and is built by nature over a hill on the hill 20 kilometers west of Raigad. Located on the Bilaspur-Jharsuguda section of the Central Southeast Railroad, this place is situated one kilometer away from the station Bhupdevpur. This is one of the ancient style sculptures found in Chhattisgarh, which dates to approximately 30 thousand years ago. They were discovered by Andersen around 1910. The first paintings of India paintings in 1918 and the 13th issue of Encyclopedia Britannica of Singargarh of Raigad district were published. Thereafter, Shri Amarnath Dutt surveyed Shell Pictures from 1923 to 1927 in Raigad and adjacent areas. Dr. N. Important information was given by Ghosh, D.H. Garden in this regard. Then self Important information was provided by Pandit Sri Lochan Prasad Pandey regarding the artworks.

The pictures of this shelter have become tarnished due to more time and natural side effects. The paintings include stairs, mermaid, hunting scenes, lined dancers and human bodies. Marking of mermaid, kangaroos, animals, goats and spirits is unique. The first 23 artifacts were seen in this shelter, out of which only 13 are left. Here the ladder long manmade nature is compared to the ladder found in Australia. Art culture of Adivansmen alive is still alive in the counting of various animal figures, forest buffaloes, monkeys, lizards and other paintings. Studies of paintings of painted sculptures provide information about the life and environment and nature of the people living there. The images from the medieval period to the historical period have been found in the shelters located in different areas of the districts of Raigad, Bastar, Kanker, Durg, Korea. This monument is protected by the State of Chhattisgarh.

Raigarh district is from the north-east to south-east of Odisha state border. Its northern area is covered with bihars, jungle, hillside. The southern part of it is a typical meadows. Admans could not make a house like today They lived in naturally made caves to escape the weather and wild animals. Those caves are called shelters (house of rocks). 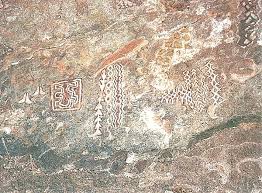 It is very difficult to say when the Paleolithic age came to an end and the Neolithic age began in this region. The fortified hill near Bade Donger must have been extremely useful for Neolithic dwellers. The variety of ground and polished tools and pottery produced by the Neolithic people are unprecedented. Many of them are discovered from Garhdhanora, Rajpur, Garhchandela and Garhbodra of Sabari and Indravati valley. In fact, the domestication of animals was the first great step that people took in the conquest of nature. When the Neolithic people learnt to settle down in the grass lands they also cultivated vegetation and crop. Thus, the food gatherer became the food producer. Agriculture also developed through the time but it was not at par with the modern type. The primitive agriculture known as hoe-cultivation or burn method are called as dippa/penda in Gondi language.

The primitive type of cultivation is still practiced by the hill maria of abhujmarh area. Based on the above information one may state that the aboriginal tribes of this region are the direct descendents of the Neolithic age. The theory related to the migration of Indus people to this region is that, the naga people migrated to this region about 1700 BC. the emergence of a new culture of a more primitive stage. All over the maria Gond region, hundreds of megalithic tombs are found; and it is also the living culture to this day. The present day practices of memorial have many similarities with the practices of megalithic period. But one may not like to conclude that the present day tribal communities are the successor of megalithic period. 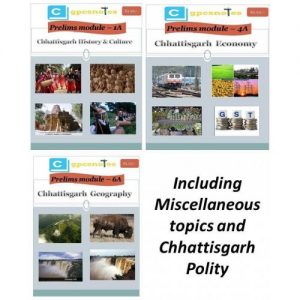