The main thrust of research and development (R&D) in the roads sector is to build a sustainable road infrastructure comparable to the best roads in the world. The various components of this strategy are improvement in design, modernization of construction techniques, introduction of improved material conforming to latest trends, evolving better and appropriate specifications, encouraging development and use of new technologies etc. The dissemination of these matters is done through the publication of new guidelines, code of practices, instructions/circulars, compilation of state-of-the-art reports and seminars/presentations etc. The research schemes sponsored by the Department are generally ‘applied’ in nature, which, once completed, would enable them to be adopted by user agencies/departments in their work in the field. The areas covered are roads, road transport, bridges, traffic and transportation techniques etc. The Department takes the help of various research institutions, academic institutions and universities to implement the schemes. 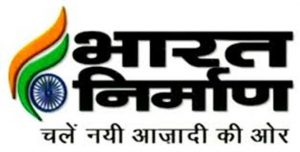 There is a definite gap between irrigation potential created and the potential utilized. Under Bharat Nirman it is planned to restore and utilize irrigation potential of 10 lakh hectare through implementation of extension, renovation and modernization of schemes alongwith command area development and water management practices.

There are considerable areas in the country with unutilised ground water resources. Irrigation potential of 28 lakh hectare is planned to be created through ground water development.

The remaining target for creation of irrigation potential of 10 lakh hectare is planned to be created by way of minor irrigation schemes using surface flow.

Main features of selection of work under MGNREGA are:-