Chhattisgarh: changes in the sectoral distribution of income and employment

The hilly and forested terrain in the north of the State includes the districts of Korea, Surguja, Jashpur, and parts of Bilaspur, Korba, Kabirdham and Raigarh districts. The environment and the topography shape the lives of the people of this region.  People and communities are dependent on the forests for fuel, firewood, medicines, liquor, food, implements and housing material. Many trees, shrubs and creepers provide vegetables and fruits that form an important part of the diet of the people.

The plains area of the State covers the districts of Rajnandgaon, Durg, Raipur, Mahasamund, Dhamtari and some blocks of Bilaspur. Single crop agriculture is the norm and paddy is the main crop. The increasing spread of irrigation has provided opportunities for double cropping and diversification, and has encouraged horticultural activities. This is the most fertile and productive region of Chhattisgarh.

About 18.74 percent of households are workers or wage earners. Around three percent of the rural households run shops. It is important to note that this figure refers to those households that are completely dependent on wages and other work. A sizeable proportion of agriculturists live on the margins. During the lean season, or when they face a shortage of food grain, they look for wage labour. Wages are an important source of livelihood. Within the wage labour category, there are several sub-categories like agricultural wage labour, wage labour for forest produce collection and wage labour in cattle rearing. Wage earners are engaged in cottage industry, manufacturing industry, construction work, mines, transport related activities and in small hotels and dhabas. The smallest category of rural households (0.15 percent of all rural households), is that of skilled workers and they are largely rural artisans. 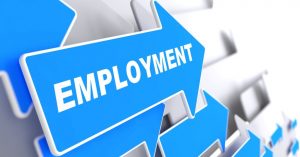