Chhattisgarh has a high female-male sex ratio (991) ranking at the fifth position among other states of India. Although this ratio is small compared to other states, it is unique in India because Chhattisgarh is the 10th-largest state in India.  The gender ratio (number of females per 1,000 males) has been steadily declining over 20th century in Chhattisgarh. But it is conspicuous that Chhattisgarh always had a better female-to-male ratio compared with national average.

Probably, such social composition also results in some customs and cultural practices that seem unique to Chhattisgarh: The regional variants are common in India’s diverse cultural pattern.  Rural women, although poor, are independent, better organised, socially outspoken. According to another local custom, women can choose to terminate a marriage relationship through a custom called chudi pahanana, if she desires. Most of the old temples and shrines here are related to ‘women power’ (e.g., Shabari, Mahamaya, Danteshwari) and the existence of these temples gives insight into historical and current social fabric of this state. However, a mention of these progressive local customs in no way suggests that the ideology of female subservience does not exist in Chhattisgarh. On the contrary, the male authority and dominance is seen quite clearly in the social and cultural life.

Chhattisgarh Mahila Samakhya, a programme devoted to improve the social status of women through education, was launched by the Ministry of Human Resource Development, Government of India in 1989. It aims to educate and empower women in rural areas, particularly of women from socially and economically marginalised groups. Although the state has been slow at start yet it is progressing steadily and picking up fast. Initiation of the programme in Chhattisgarh is a blessing where almost 42 percent of the population belongs to scheduled caste and scheduled tribe and still a large share of people belong to other backward castes. It has the potential to transform the society.

Within a brief span of time since its inception we have been able to involve a large number of community members who feel committed to the causes of poor and marginalised women. The lessons learnt from our exposure visits to Uttar Pradesh and Bihar will be instrumental in developing the contour of the programme in Chhattisgarh. The warm response extended to the workshops on gender equality is an encouragement for us to further continue with such workshops in different provinces of the State. The expectation of the community in the outreach areas is a great motivation for all of our Sahayoginis and office members. The support extended by the National Resource Group ensures that we would always have deft guides to wade through every kind of difficulty. We are determined to cover major portion of this tribal dominated state within a short span of time, to realise the tribal dream of a welfare state, respectful of gender and cultural differences, committed to social upliftment. 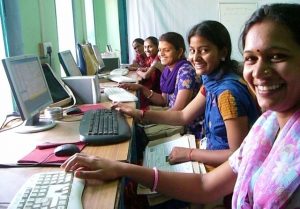 The Swavlamban Yojana was started in 2009-10 in Chhattisgarh. The scheme is being implemented by the women and child welfare department of the state government. The department officials said that as of now about Rs 1.07 crore had been spent in the scheme.

In an initiative to empower them economically, women in Chhattisgarh’s Jashpur are being trained in producing Tasar Silk.

The scheme, known as Mukhyamantri Kaushal Vikas Yojana, has made both the women and farmers self-reliant.

Children are the greatest gift to humanity and Childhood is an important and impressionable stage of human development as it holds the potential to the future development of any society. Children who are brought up in an environment, which is conducive to their intellectual, physical and social health, grow up to be responsible and productive members of society. Every nation links its future with the present status of its children. By performing work when they are too young for the task, children unduly reduce their present welfare or their future income earning capabilities, either by shrinking their future external choice sets or by reducing their own future individual productive capabilities. Under extreme economic distress, children are forced to forego educational opportunities and take up jobs which are mostly exploitative as they are usually underpaid and engaged in hazardous conditions. Parents decide to send their child for engaging in a job as a desperate measure due to poor economic conditions.

With a view to stopping child labour in Chhattisgarh, the State Government has formed an Authority Review Committee, official sources said on Tuesday. Through this committee, the State Government has decided to put a ban on employment of children who are below 14 years of age, they said. The State Chief Secretary has been appointed as the president of the committee along with nine other members, they said.

The committee has been formed to ban child labour in the State, rehabilitating child workers and putting them into other beneficial schemes.