Non-banking financial institutions and their reforms in them since 1990s

A Non Banking Financial Company (NBFC) is a company registered under the Companies Act, 1956 of India, engaged in the business of loans and advances, acquisition of shares, stock, bonds hire-purchase insurance business or chit business but does not include any institution whose principal business includes agriculture, industrial activity or the sale, purchase or construction of immovable property.  The working and operations of NBFCs are regulated by the Reserve Bank of India (RBI) within the framework of the [Reserve Bank of India Act, 1934] (Chapter III-B) and the directions issued by it. On November 9, 2017, Reserve Bank of India (RBI) issued a notification outlining norms for outsourcing of functions/services by Non-Bank Financial Institution (NBFCs) As per the new norms, NBFCs cannot outsource core management functions like internal audit, management of investment portfolio, strategic and compliance functions for know your customer (KYC) norms and sanction of loans. Staff of service providers should have access to customer information only up to an extent which is required to perform the outsourced function. Boards of NBFCs should approve a code of conduct for direct sales and recovery agents. For debt collection, NBFCs and their outsourced agents should not resort to intimidation or harassment of any kind. All NBFCs’ have been directed to set up a grievance redressal machinery, which will also deal with the issues relating to services provided by the outsourced agency.

The experience worldwide shows that the important factor contributing towards the operations and functions of NBFCs are changes in the international financial markets% thedegree of integration of domestic and international markets and the rapid development of technology in the financial sector like introduction of new communication and transmissionsystem which reduce transaction costs and speed up information flows To an extent all these factors have contributed to the growth of NBFCs in India% especially during the later  part of eighties.

The Narasimham committee in 1991 outlined a framework for streamlining the functioning of the NBFCs and observed that prudential norms.  in respect of conduct of business should also be laid down. It is this committee which made RBI to focus more on hire purchase and leasing companies which were playing greater role in the intermediation process. The committee suggested that well managed hire purchase and leasing companies be permitted to operated in the money market. For all other recommendations of this committee were referred to shah Committee in 1992. The shah committee in 1992 felt the need for changing the focus of regulation and adopting steps for regulation and supervision more effective and important objective of these measures was to align these entities with the overrall financial system subject to their adherence to the prudential norms. 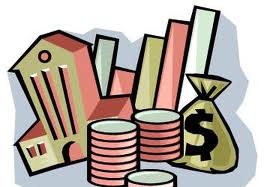 The Task Force on Supportive Policy and Regulatory Framework for Microfinance set up by NABARD in 1999 provided various recommendations. Accordingly, it was decided to exempt NBFCs which are engaged in micro financing activities, licensed under Section 8 of the Companies Act, 2013, and which do not accept public deposits, from the purview of Sections 45-IA (registration), 45-IB (maintenance of liquid assets) and 45-IC (transfer of profits to the Reserve Fund) of the RBI Act, 1934.

In a joint fact-finding study on microfinance conducted by the Reserve Bank of India and a few major banks, the following observations were made: