olar energy, a primary energy source, is non-polluting and inexhaustible.

There are three methods to harness solar energy:

(ii) Using photosynthetic and biological process for energy trapping. In the process of photosynthesis, green plants absorb solar energy and convert it into chemical energy, stored in the form of carbohydrate.

(iii) Converting solar energy in to thermal energy by suitable devices which may be subsequently converted into mechanical, chemical or electrical energy.

Since solar energy is non-ending and its conversion to some other energy form is nonpolluting, attention should be paid for the maximum utilization of solar energy.

Various uses of solar energy are:-

The State of Chhattisgarh is blessed with high solar radiation intensity and high rainfall with capacity for large solar energy generation. Chhattisgarh has the potential to evolve as a major Solar Generation Center in India due to a host of factors. Riding on the huge potential for solar generation, solar equipment manufacturing also has a very bright future and is expected to grow exponentially. Chhattisgarh again has distinct advantages for housing solar manufacturing capacities.
Government of Chhattisgarh had issued a Policy for harnessing Renewable Energy in Chhattisgarh in Year 2012. Based on the progressive views adopted in the last few years and the various changes in the laws and regulations, Chhattisgarh State is in the advanced stage of preparedness for installation of large scale solar power projects in the next 5 to 10 years.

Chhattisgarh Government has promoted and encouraged the development of Solar Park, to accelerate the development of solar power generation projects and associated manufacturing facilities, through the availability of large areas of suitable land, provision of common infrastructure – including grid connection for power evacuation, water access, as well as facilitating the permitting process, internal access roads etc. 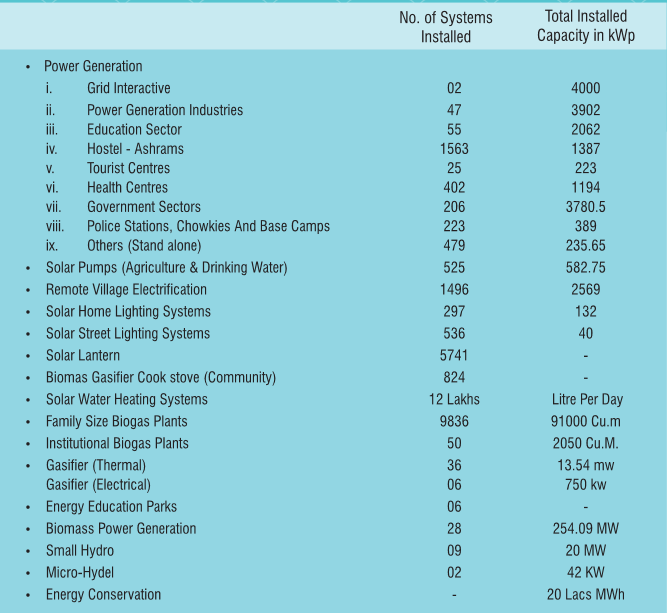