Man by nature is inquisitive, and humans have an extraordinary capacity to exercise rational judgment and probe the realities of the world around us. Inherent in humans is the urge to find out the truth and to make a sense out of the things going around us. You might have observed how a child observes, comprehends and understand the world. While you take this first step towards the course in research methodology at the end of this course you will come to a realization that all these things are already in your behavior and you in fact practice these things every day, perhaps without realizing it.Social research is that domain of human inquisitiveness which primarily deals with the structures and processes of the social world, in both their enduring and changing dimensions. Man’s quest to reflect and probe the social realities at ever deeper levels gives rise to new perspectives which are then questioned by future researchers, further probed and ultimately lead to social theories. In an earlier unit you studied the eminent philosophers in the different parts of the world who have tried to understand and analyze the social realities. This unit takes you further and gives you an understanding about how modern concepts of social research have developed over the years and helps you to differentiate between research methodologies, research methods and techniques. End part of the unit provides you a bird’s eye view of research process which researchers have developed over the years to probe the social realities.

Manipulation of Things, Concepts and Symbols

While, dealing with things the scientist remains at the concrete level. He is able to purposefully handle things for experimentation. But at this level his results are at best limited to the particular thing in a specific situation and none else. Therefore the concepts symbolizing the things and their properties are also dealt with, so as to make much sense to conduct controlled inquiries through abstract notions. Use of concepts or symbols in the process of manipulation not only reduces the content and load of the things but also provides the scientist with greater facility and effect.

The sole purpose with which manipulation of things, concepts or symbols is undertaken is to arrive at statements of generality. It implies that the findings of controlled investigation should be a conclusion which will enable us to expect that under certain class of conditions influencing a class of things, something will happen in a generalized manner, notwithstanding its degree.

But in any case the absence is generality cannot characterize science. Therefore the propositions derived on the basis of observations and through manipulation of things, concepts or symbols may vary in their levels of generality, may maintain a high or low degree but should never reach the null point.

As a sequel to generalization the seemingly inconsistencies in the existing corpus of knowledge are brought into light and attempts are made to reconcile these inconsistencies. The new general proposition, established as an outcome of research also identifies gaps in the established system of knowledge. A gap in knowledge implies the inadequacy of the theory as well as the failure of a conceptual scheme to explain and account for certain aspects of a social phenomenon. 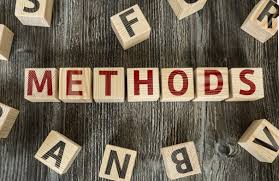 Knowledge May be Used for Theory Building or Practical Application

By seeking to explain the unexplained social phenomena, clarifying the doubtful one and correcting the misconceived facts relating to it, social research provides the scope to use the fruits of research in two possible ways:

In its basic or pure form social research gathers knowledge for the sake of it, for building a theory in order to explain human behaviour in its totality, only for the satisfaction of knowing. For construction of theoretic models, the researcher organizes knowledge into propositions and then meaningfully articulated those propositions to constitute a more abstract conceptual system pertaining to a class of phenomena, influenced by a certain class of conditions.

Tools and technique of data collection

This method specifies the conditions and methods at making observation. In this method, the information is sought by way of investigator’s own direct observation without asking from the respondent. The main advantage of this method is that subjective bias is eliminated, if observations are done accurately. It is the most commonly used method especially in studies relating to behavioral science.

This involves listening to or integrating informants. The interview method of collecting data involves presentation of oral-verbal stimuli and reply in terms of oral – verbal responses. So, under this method of collecting data, there is a face to face contact with the persons from whom the information is to be collected. The interviewer asks them question pertaining to the survey and collects the desired information. This method can be used through personal interview, telephone interview, Chat, Audio Conferencing, Video Conferencing, etc. The interview can be structured, semi structured or open interview.

In this method of data collection, the ennumerator or interviewers who are specially appointed for the purpose along with schedules, go to the respondents, put to them the questions from the Performa in the order the questionnaire are listed and record the replies in the space meant for the same in the Performa. In certain situation, schedules may be handed over to respondents and ennumerators may help them in recording their answer to various questions in the said schedules. Ennumerator explains the aims and objectives of the investigation and also removes the difficulties which respondents may feel in relation to understanding the implication of a particular question or a definition or concept of difficult term. This method has the advantage over the questionnaire method in the sense that the respondents have no scope to misunderstand any question and thereby putting irrelevant answer.

Under this method, the investigator appoints local agent or correspondents in different places to collect information. These correspondents collect and transmit information to the central office where the data are processed. The special advantage of this method is that it is cheap and appropriate for extensive investigation. However, it may not always ensure accurate results because of the personal prejudice and bias of the correspondents. Newspaper agencie