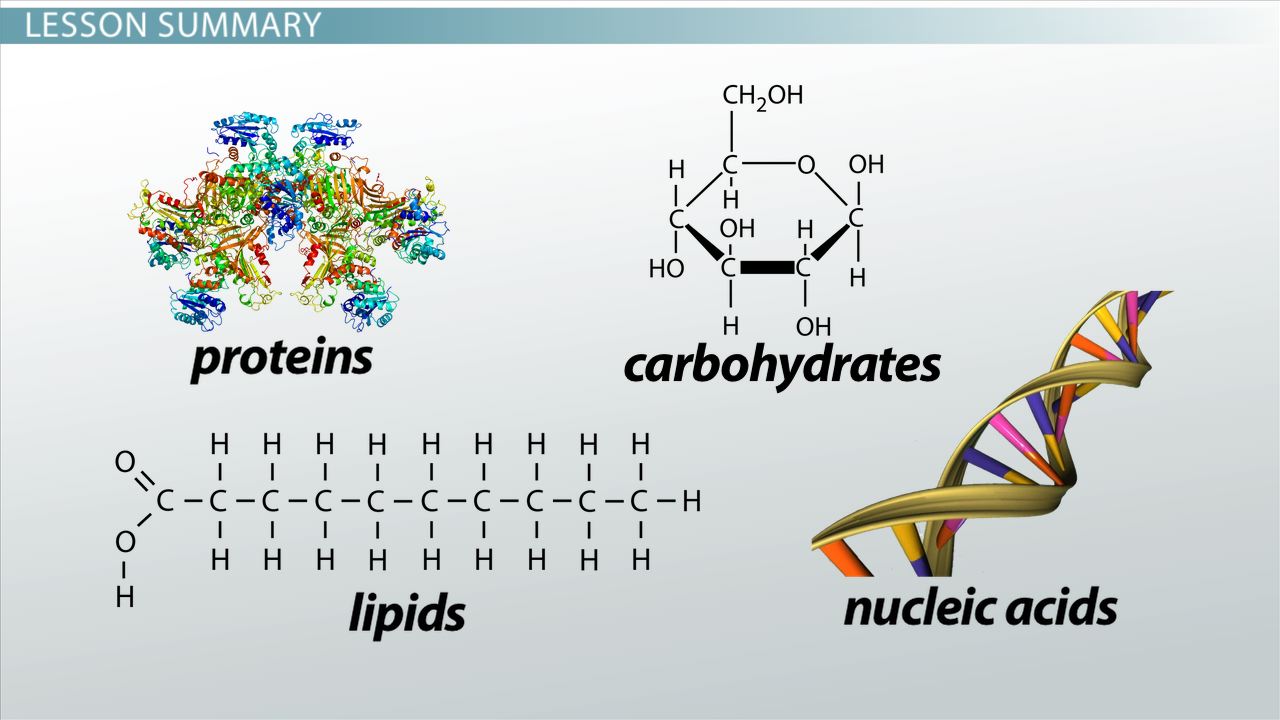 Almost all organisms use carbohydrates as sources of energy. In addition, some carbohydrates serve as structural materials. Carbohydrates are molecules composed of carbon, hydrogen, and oxygen; the ratio of hydrogen atoms to oxygen and carbon atoms is 2:1.

Simple carbohydrates commonly referred to as sugars, can be monosaccharides if they are composed of single molecules, or disaccharides if they are composed of two molecules. The most important monosaccharide is glucose, a carbohydrate with the molecular formula C6H12O6. Glucose is the basic form of fuel in living things. In multicellular organisms, it is soluble and is transported by body fluids to all cells, where it is metabolized to release its energy. Glucose is the starting material for cellular respiration, and it is the main product of photosynthesis

Three important disaccharides are also found in living things: maltose, sucrose, and lactose. Maltose is a combination of two glucose units covalently linked. The table sugar sucrose is formed by linking glucose to another monosaccharide called fructose.  Lactose is composed of glucose and galactose units.

Complex carbohydrates are known as polysaccharides.Polysaccharides are formed by linking innumerable monosaccharides. Among the most important polysaccharides is starch, which is composed of hundreds or thousands of glucose units linked to one another. Starch serves as a storage form for carbohydrates. Much of the world’s human population satisfies its energy needs with starch in the form of rice, wheat, corn, and potatoes.

Two other important polysaccharides are glycogen and cellulose. Glycogen is also composed of thousands of glucose units, but the units are bonded in a different pattern than in starch. Glycogen is the form in which glucose is stored in the human liver. Cellulose is used primarily as a structural carbohydrate. It is also composed of glucose units, but the units cannot be released from one another except by a few species of organisms. Wood is composed chiefly of cellulose, as are plant cell walls. Cotton fabric and paper are commercial cellulose products.

Lipids are organic molecules composed of carbon, hydrogen, and oxygen atoms. The ratio of hydrogen atoms to oxygen atoms is much higher in lipids than in carbohydrates. Lipids include steroids (the material of which many hormones are composed), waxes, and fats.

The fatty acids in a fat may all be alike or they may all be different. They are bound to the glycerol molecule by a process that involves the removal of water.

Fats stored in cells usually form clear oil droplets called globulesbecause fats do not dissolve in water. Plants often store fats in their seeds, and animals store fats in large, clear globules in the cells of adipose tissue. The fats in adipose tissue contain much concentrated energy. Hence, they serve as a reserve energy supply to the organism. The enzyme lipase breaks down fats into fatty acids and glycerol in the human digestive system.

Proteins, among the most complex of all organic compounds, are composed of amino acids, which contain carbon, hydrogen, oxygen, and nitrogen atoms. Certain amino acids also have sulfur atoms, phosphorus, or other trace elements such as iron or copper.

The removal of water molecules links amino acids to form a protein. The process is called dehydration synthesis, and a by-product of the synthesis is water. The links forged between the amino acids are peptide bonds, and small proteins are often called peptides.

All living things depend on proteins for their existence. Proteins are the major molecules from which living things are constructed. Certain proteins are dissolved or suspended in the watery substance of the cells, while others are incorporated into various structures of the cells. Proteins are also found as supporting and strengthening materials in tissues outside of cells. Bone, cartilage, tendons, and ligaments are all composed of proteins.

One essential function of proteins is as an enzyme. Enzymes catalyze the chemical reactions that take place within cells. They are not used up in a reaction; rather, they remain available to catalyze succeeding reactions.