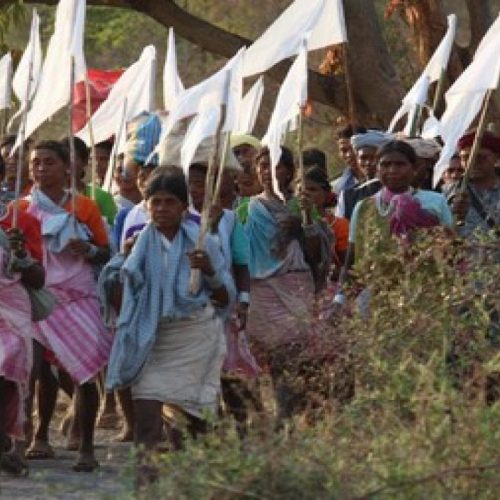 Part IX of the Constitution contains a large number of provisions relating to the definition and constitution of Panchayats, Gram Sabhas, their powers and functions, and elections. Article 243-M of the said chapter, however, provides that where Scheduled Areas are concerned, provisions of this Chapter will not apply unless a special law is enacted by Parliament making such exceptions and modifications as necessary. This provision is based on the understanding that with regard to Scheduled Areas, a special constitutional dispensation is in place under Article 244 read with the Fifth Schedule. Therefore governance mechanisms which may be appropriate for the rest of the country ought not to be applied to such areas without necessary changes in order to bring them in conformity with the constitutional design.

PESA makes it a duty of the State to ensure that any law enacted for the Scheduled Area on panchayats must give primacy to existing customary law and traditional mechanisms, and also give primacy to the community in the management of its community resources. It is generally agreed that these clauses encapsulate the essential ingredients of the approach of PESA for all law relating to panchayats and local self governance in Scheduled Areas.

Some of the key principles and features of the act are as follows:

The Scheduled Tribes and Other Traditional Forest Dwellers (Recognition of Forest Rights Act, 2006

The Scheduled Tribes and Other Traditional Forest Dwellers (Recognition of Forest Rights Act, 2006, commonly referred to as the Forest Right Act (FRA), is considered a pathbreaking legislation that acknowledges the historical injustice meted out to India’s forest dwellers, particularly tribals. The legislation was promulgated to “recognise and vest forest rights and occupation in forest land in forest dwelling” to tribals and other traditional forest dwellers “who have been residing in forests for generations but whose rights could not be recorded”.

The issue of forest rights in Chattishgarh can be interpreted from different perspectives depending on whether one is a forest dweller, forest official, environmentalist, economist or social activist. The issue is of crucial importance considering that forest landscapes cover over 44 % of the state and affect the livelihoods of millions of peoples.

Key features of the act are as follows: