Constitution or Formation of State of Chhattisgarh:-

Known as the ‘Rice Bowl of Central India,’ Chhattisgarh came into existence on November 1, 2000. It was earlier part of Madhya Pradesh and after separation became 26th State of India. Located in central India it covers an area of of 135,194 sq.kms. Raipur is the capital of Chhattisgarh. Chhattisgarh is bordered by Bihar, Jharkhand and Uttar Pradesh in the north, Andhra Pradesh(Now Telangana) in the south, Odisha in the east and Madhya Pradesh and Maharastra in the west.

Chhatisgarh, the 26th State of India, was carved out of Madhya Pradesh on November 1, 2000. Chhattisgarh abounds in hilly regions and plains. It receives an annual average rainfall of 60 inches. Rice is the principal crop of the State. Uttar Pradesh to the north, Jharkhand to the north- east, Orissa to the east, Andhra Pradesh to the south-east and south, Maharashtra to the south-west and Madhya Pradesh to the west and north-west form its boundaries.A predominantly tribal State endowed with rich mineral and forest wealth, Chhattisgarh has about 35 big and small tribes inhabiting the State.The climate of Chhattisgarh is mainly tropical, humid and sub-humid. The climate is hot because of its position on the tropic of cancer. May is the hottest month and December-January are the coldest ones. The State is completely dependent on the monsoons for rains. The Mahanadi is the principal river of the State. The other major rivers are – Sheonath, Hadeo, Mand, Eeb, Pairi, Jonk, Kelo Udanti, Indrawati, Arpa and Maniyari. 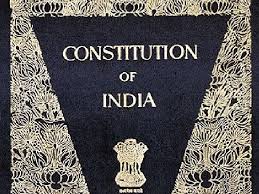 The scheduled tribes are concentrated in the southern, northern and the north-eastern districts of the State.. The highest concentration is in the erstwhile Bastar district. The new district of Dantewara has 79 per cent tribals followed by Bastar (67 per cent) Jashpur (65 per cent), Surguja (57 per cent) and Kanker (56 per cent).

The Gonds at 55.1 per cent form the largest proportion within the tribal population. They are distributed almost equally in the urban and rural areas. The Oraons, the Kawars, the Halbis, the Bharias or Bhumiars, the Bhattras and the Napesias also form a substantial portion of the tribal population. Thirty other scheduled tribes have small population residing in various pockets across Chhattisgarh. The Gonds are concentrated in the hilly parts of southern Chhattisgarh but are also spread across most districts whereas the Baigas, Bharias, Korwas and Napesias occupy only specific pockets. The Bhattras, Kolams and Rasjas largely live in Bastar and the Kamars in Raipur. The Halba tribe inhabits parts of Bastar, Raipur and Rajnandgaon. The Oraons live in Surguja and Raigarh districts.

The new State of Chhattisgarh was born with the swearing-in of a new Governor and a new Chief Minister in Raipur, the capital, in the early hours of November 1. Dinesh Nandan Sahaya, a Samata Party leader and a former Indian Police Service (IPS) officer, was sworn in Governor by the Acting Chief Justice of the State, Justice Ramesh Surajmal Garg, who was appointed a day earlier, before a huge gathering. This was followed by anxious moments until the new Chief Secretary, Arun Kumar, invited Ajit Jogi, who had been elected unopposed as the leader of the 48-member Congress(I) Legislature Party (CLP) on October 31, to be sworn in Chief Minister, at 12.58 a.m. Present on the occasion were Madhya Pradesh Chief Minister Digvijay Singh and All India Congress Committee observers Ghulam Nabi Azad and Prabha Rao.

Chhattisgarh is one of the states of India located in the central part of the country. The state is surrounded by Jharkhand state on northwest, Orissa on the east, Andhra Pradesh on the south, and Maharastra on the southwest. It has been formed from the state of Madhya Pradesh. The origin of the name of Chhattisgarh has an interesting and long story.

During the ancient period Chhattisgarh was called Dakshin Kosala. We can get an evidence of it in the inscriptions and literary works of the early writers. During the Mughal reign the region was called Ratanpur territory and not Chhattisgarh. The word Chhattisgarh gained popularity during the rule of the Marathas. Chhattisgarh was first used in an official document in 1795, and became popular during the Maratha period. There are three popular stories about the origin of the name.Perhaps the most popular one is that since Chattisgarh means “36 forts”, it denotes the number of forts in the region. Experts do not agree with this explanation as thirty-six forts cannot be identified in the region.An explanation popular with experts and historians, is that Chhattisgarh is the corrupted form of “Chedisgarh”, which means “Stronghold of the Chedis”, Chedis being another name for the Kalchuri dynasty.According to British Chronicler, J.B. Beglar, “the real name is Chhattisghar (36 houses) and not Chhattisgarh. There is a saying that ages ago, about the time of Jarasandha, thirty six families of dalits (leather workers) emigrated southwards from Jarasandha’s kingdom and established them in country, called Chhattisghar”.
Chronology of events

For obvious reasons, a discussion on the History of Chattisgarh will bring forward the subject about its creation.

The first administrative initiation of the Creation of Chattisgarh was taken the then government of Madhya Pradesh. A resolution was passed at the Madhya Pradesh Assembly on March 18th, 1994 with the demand of a separate state of Chattisgarh. The two major political parties of the state, Congress and B.J.P supported the demand.

The Union Government in 1998 drafted a bill with the same proposal and sent it to the M.P. Bidhan Sabha for approval. It was approved without any opposition. However with the downfall of the Union Government, fresh Lok Sabha elections were held. Again the newly appointed Central Government drafted the bill and sent it to the state assembly. Once again it was unanimously supported, paving the way for its approval. In the year 2000, the Indian President gave his consent to the Madhya Pradesh Reorganization Act on the historic date of 25th August. Finally the state of Madhya Pradesh was bifurcated to create the Chattisgarh state on 1st November 2000.