In the Indian state of Chhattisgarh, Chhattisgarhi is the official language and it contains approximately 17.5 million speakers. Moreover it is an eastern Hindi language with very heavy vocabulary and linguistic features from Dravadian and Munda languages. Furthermore this language is known by the name of Khaltahi which is surrounding hill people and also by the name of Laria which includes Sambalpuri and Oriya speakers. In addition in ancient times the Chhattisgarh region was known as Daksin Kosal and therefore this classical name of the Chhattisgarhi language is Kosali or Daksin Kosali with historical significance. 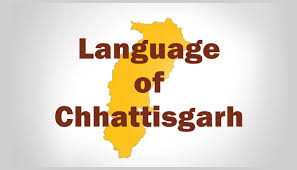 The Awadhi and Bagheli languages are closely related to Chhattisgarhi language. Moreover these languages are classified into the East Central Zone of the Indo Aryan languages which is the Indian branch of the Indo European language family. Furthermore as per the Indian government, Chhattisgarhi is an eastern dialect of Hindi and is therefore classified as a separate language in the Ethnologue. This language has also numerous identified dialects of its own, in addition to Chhattisgarhi Proper which are Kalanga, Kavardi, Bhulia, Sadri Korwa and Baighani.

Apart from its cultural diversity, Chhattisgarh also boasts of its rich literary heritage that speaks of historical and social movements of this region. Literature of Chhattisgarh is known for its unique description of social issues and regional consciousness. It also reflects struggle of the state for establishing its own distinct identity in the Central India. Khub Chand Baghel has also mentioned social problems of the lower castes of the region in his plays, ‘Jarnail Singh’ and ‘Unch Neech’. Chhattisgarh has also gifted many talented writers to the nation and Abhishek Agarwal is the youngest one who belongs to Bhilai and is one of the much famous authors of Chhattisgarh.