Chhattisgarh came into existence on November 1, 2000. In ancient times Chhattisgarh was known as DakshinKosala and its mythological history goes back as far back as the Mahabarata and the Ramayana. According to a legendary, Lord Rama had spent some time here when he was on his 14 years exile. The unbroken history of Chhattisgarh or of South Kosala can be traced back to fourth century AD.

Besides the anonymous past, the known history of Chhattisgarh stretches back to the 4th century AD. The kingdoms, like that of the Sarabhpurias, Panduvanshi, Somvanshi, Kalchuri, and Nagvanshi, reigned the land during the 6th-12th centuries. Earlier Known as South Kosala, Chhattisgarh came to be known as Gondwana in the medieval period. Later it became part of the realm of the Kalchuris, who dominated the region until the late-18th century AD. The Muslim raconteurs, of the 14th century AD, have explained in detail about the dynasties, which ruled over the county. 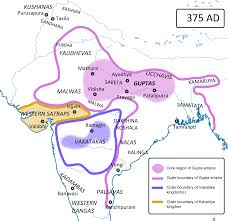 Somewhere around the 16th century, Chhattisgarh was swayed by the Mughals and then, by the Marathas. By the year 1758, the entire region came under the territory of the Marathas, who harshly ransacked its natural resources. Actually the term ‘Chhattisgarh’ was popularized during the times of Marathas. In 1795, the term was utilized for the first time in an official document. In the early 19th century, the British entered and subsumed most of the territory into the Central Province. Past 1854, the British managed the region like a deputy commissionership with its control centre at Raipur.

In the end of 9th century, Kalchuri of Trivpuri region tried to establish rule in this region. Shankar II son of Kookal I defeated Vikramditya (Banvanshi) and won Pali region. Shankar appointed his younger brother to this region. Tumaan was the first capital of Kalchuries.

But Kalchurie couldn’t able to rule here for a long time. They were defeated by the Somvanshi king of Sonpur in Orissa. Around 1000 AD Kalingraj son Kookal II founded again the Kulchuri dynasty. That’s why Kalingraj is considered to be a real founder.

This was the first branch of Kalchuri dynasty. In the end of 9th century, Kalchuri of Trivpuri region tried to establish rule in this region. Shankar-II son of Kookal-I defeated Vikramdity (Banvanshi) and won this region. He appointed his younger brother and established capital as tumaan. Later Somvanshi ruler of Orissa defeated him

This was the second branch of Kalchuri dynasty. Later Kulchuri of Ratanpur also divided into two more branches. Accessory branch was established. At the end of the 14th century king of RatanpurRistedarLkshmidevKlvatika sent as representatives. The son of Lkshmidev won 18 war. He disobeyed the sovereignty of Ratanpur and declared a independent state.

Following are the chief ruler of Ratanpur branch-

During the region of KingBhavduttVarman, Vakataka ruler NarendraSen attacked and won a small part of the state, but after some years BhavduttVarman attacked BhavduttVarman’s capital Nandivardhan (Current Nagpur- Maharashtra) and gained back lost part. The famous king Pallavanshi ruler Pulakeshin II conquered the region. During this period many temples was built. After Pulakeshin II, Vikramaditya, Vinayaditya, Vikramaditya II, Kritiwarmn II ruled. Vyagraj was defeated by the Samudragupta.

Aarang was the capital of Rajasitulya. Rajasitulya dynasty ruled in Chhattisgarh between 4th – 6th Century. The dynasty was founded by Shur. The evidence comes from Arang cupper plate which was built in the region of Bhimsen II. They ruled under Gupta dyanasties. There were following six ruler in this dynasty.

This dynasty was out rooted by Pandu dynasty who ruled between 6th– 7th.

Sharabh: Sharbh was the founder of this dynasty. He was mentioned in the Eran inscription of Bhanugupta (Last gupta Ruler)

Narendra: He is mentioned as a worshiper of Vishnu.

Prasnmatra: was a powerful king. He founded Prasnnpur located along the bank of Needlariver, Malhar. Prasnnmatra was only Sharbhpuriya king whose gold coins has been discovered.

Sudevraj: seven copper plate found which is the highest in the dynasty. He made Sirpur his sub capital. Indrabal was his Feudal.

Pravraj I: had set Sirpur as capital.

Pravraj II: was the last ruler of the dynasty.

This dynasty had two branches-

Indrabal: He is considered the real founder.

Queen Vasta: She was daughter of the king of Kannauj. She married to harshGupta.

After Harsh Gupta’s death, Lakshmaneshwar temple in Sirpur was built in his memory, Which is dedicated to Lord Vishnu.

Mahashivagupta- He was son of Harsh Gupta. He was the greatest ruler. He was followers of Shaivism. In his regime havensang visited Chhattisgarh. It was golden age of Chhattisgarh.

Shiva temple in Pali was constructed by Vikramaditya.