Climate of Chhattisgarh is defined as the weather conditions prevailing in general or over prolonged period of time , usually for 35 years.

Climate of Chhattisgarh is tropical. It is hot and humid because of its proximity to the tropic of cancer and its dependence on the monsoons for rains.

Summer temperature can reach up to 45’C(113’F).The monsoon season is from late June to October and is a welcome respite from the head.

The average rainfall of Chhattisgarh is 1292 mm.

Winter is from November to January and is a good time to visit Chattisgarh.Winters are pleasant with low temperature and less humidity.

10’C isotherm passes through the northern part of Chattisgarh.

As we pass from north to south, the temp increases and 12.5’C isotherm passes through mid of the state.

The lowest temp of the month has been recorded in the Sarguja dist. of northern Chattisgarh, where 37’C isotherm passes through it. 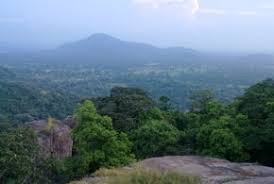 Temp increases from march to June, but by the end of June , the temperature decreases as the monsoon arises.

In July Raipur’s temp remain about 27-28’C.There is no variation in the temp in the month of September.

But in the most of September and October , when the sky is clear , there is a slight increase in the temp.

Maximum rainfall is received by Bay of Bengal branch.

Amount of rainfall decreases from east to west.

Average rainfall is more in north east Chattisgarh due to its hilly tract. The climate of Bastar is cold and moist with heavy rainfall.

In summer the area is generally cool.

Like in most of India , there are 3 seasons in the Chattisgarh

This season starts from March and goes up to mid June. In the month of June , when the sun shines vertically over the tropic of cancer , due to high temp , the pressure decreases and temp rises to as much as 42.5’C in some parts of the state.

From mid June to September

In the last week of September ,the velocity of monsoon decreases and sky becomes clear and the amount of rainfall also decreases.

It starts from November to January

In September temp starts decreasing , this is caused due to rainfall and humidity,

and  winter arrives in November.