The Chhattisgarh region located in the south-eastern part of india .The geological structure of Chhattisgarh mainly consists of Archean and Cuddapah rocks, but Dharwar, Gondwana, Deccan trap and old alluvial laterite rock systems are also found in some parts of state .Soil of Chhattisgarh have five type of soils-

(1) Red – Yellow Soil :The red colour is mainly due to ferric oxides occurring as thin coatings on the soil particles while the iron oxide occurs as haematite or as hydrous ferric oxide, the colour is red and when it occurs in the hydrate form as limonite the soil gets a yellow colour.

Those soils are encountered over extensive nonalluvial tracts of peninsular India and are made up of such acidic rocks as granite, gneiss, and schist. They develop in areas in which rainfall leaches soluble minerals out of the ground and results in a loss of chemically basic constituents; a corresponding proportional increase in oxidized iron imparts a reddish hue to many such soils. Hence, they are commonly described as ferralitic soils. 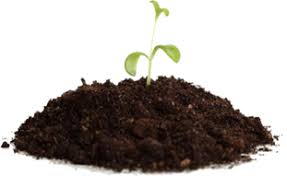 (2) Red Sandy Soil :Sandy soils have a higher proportion of sand than clay, drain quickly, warm up faster in spring and are usually easier to work. The red color indicates the presence of iron. Sandy soils are often acidic and have fewer nutrients than clay, loam or peat soils. The iron in red sandy soil prevents iron deficiency in plants. This is often offset by the soils acidity. Adding organic matter and careful watering help overcome this issue. According to the area occupied, red sandy soil is the second most common type of soil found in approximately 30% of the Chattishgarh. Red sandy soil mostly found in the districts of Dantewada, Kanker, Dhamtari and Durg. The soil crystals are fine and sandy. Its fertility is low. Due to the excess proportion of sand in the soil, its water retention capacity is low. Some of the uses of sandy soils are as follows :

Coarse grains like Kodo, mites, millets, and tubers like potato, etc. are cultivated in chattishgarh in this soil.

Loam soil is suited to growing almost all plant varieties. This is possible because its three major particles, sand, silt and clay, are blended almost evenly. The sand particles hold little water but allow aeration and drainage. Clay particles retain more water, and silt combines the qualities of the sand and clay particles. Those characteristics make loam soil the most nutrient rich and fertile of soils.  loam soil is recommended for the majority of plants. Loam refers to a textural classification for specific types of soil, and cultivated soils in garden and farm settings often fall under the loam classification. Ranging from clay loam to sandy loam, the classification helps gardeners understand how well the soil will support plant life.

This soil is found in Dantewada, Bastar, Sukma, Bijapur regions of the Chattishgarhstate. Containing clay, this soil is majorly composed of iron-rich rocks, which is why it appears red in colour, similar to a brick. Its pH value is up to 6.6%. Due to its low capacity for humidity absorption, it requires regular irrigation. This soil is suitable for cultivation of paddy and coarse grains.

(4) Black soil :The black soils are also called regur (from the Telugu word Reguda) and black cotton soils because cotton is the most important crop grown on these soils. Several theories have been put forward regarding the origin of this group of soils but most pedologists believe that these soils have been formed due to the solidifaction of lava spread over large areas during volcanic activity in the Deccan Plateau, thousands of years ago. Some of the important features of black soil are as follows :

The black colour of these soils has been attributed by some scientists to the presence of a small proportion of titaniferous magnetite or even to iron and black constituents of the parent rock. The black colour of this soil may even be derived from crystalline schists and basic gneisses such as in Tamil Nadu and parts of Andhra Pradesh. Various tints of the black colour such as deep black, medium black, shallow black or even a mixture of red and black may be found in this group of soils. It is called kanhari soil in Chattishgarh . In Chattishgarhblack cotton soil belt is famous  for the cultivation of wheat, gram, oilseeds, pulses, cotton, soybeans, etc. Districts of Kawardha, Dhamtari, Mahasamund, Mungeli, Balod are covered by this type of soil.

(5)   Laterite Soil :Laterite is a soil and rock type rich in iron and aluminium, and is commonly considered to have formed in hot and wet tropical areas. They develop by intensive and long-lasting weathering of the underlying parent rock. Some important characteristics of laterite soil are as follows :

The monsoon climate is the leading reason for the origin of this Soil of Chhattisgarh . A few months of the year are alternately wet and dry, causing the erosion and breakage of rocks, forming this soil. Laterite soil contains a lot of pebbles. Its water absorption capacity is very low. Due to its infertility, it is not very important from the agricultural point of view, yet it can be used to cultivate cereals, millets, Kodo, mites, potatoes, oilseeds, etc. Regions of Surguja, Jashpur, Balrampur, Durg, Bastar and Bemetara districts are covered by this type of soil in Chatishgarh.

Locals names of soil of Chattishgarh