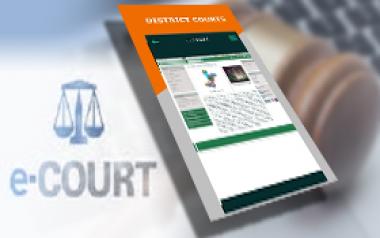 . In popular perception, Indian courts are not associated first with the delivery of justice, but with long delays and difficulties for ordinary litigants. According to data released by the Supreme Court in the June 2020 newsletter of the e-Committee, 3.27 crore cases are pending before Indian courts, of which 85,000 have been pending for over 30 years. Can technology be used to revolutionise India’s courts? Yes, but only when it operates within the constitutional framework of the fundamental rights of citizens. If not, technology will only further exclusion, inequity and surveillance.

The e-Committee of the Supreme Court of India recently released its draft vision document for Phase III of the e-Courts project. Phases I and II had dealt with digitisation of the judiciary, i.e., e-filing, tracking cases online, uploading judgments online, etc. Even though the job is not complete, particularly at the lower levels of the judiciary, the project can so far be termed a success. This has been particularly so during the COVID-19 pandemic, when physical courts were forced.

Phase III of the e-Courts project, however, has reached the stage in a trilogy where the franchise starts trying to do too much and goes off the tram line. On the surface, the objectives remain noble. There is commitment to the digitisation of court processes, and plans to upgrade the electronic infrastructure of the judiciary and enable access to lawyers and litigants.

Several individuals and organisations have warned against the zeal of the data collection exercises contemplated by the draft proposal. The “seamless exchange of information” relies on large-scale gathering and sharing of data. Data collection is by itself not an evil process. In fact, data can be a useful tool for solving complex problems. For example, to address the problem of cases pending simply for service of summons, Phase II of the e-Courts project saw the development of the National Service and Tracking of Electronic Processes, a software that enabled e-service of summons. It is only when data collection is combined with extensive data sharing and data storage that it becomes a cause for concern. The Supreme Court must take care not to violate the privacy standards that it set in Puttaswamy v. Union of India (2017), especially since India does not yet have a data protection regime.