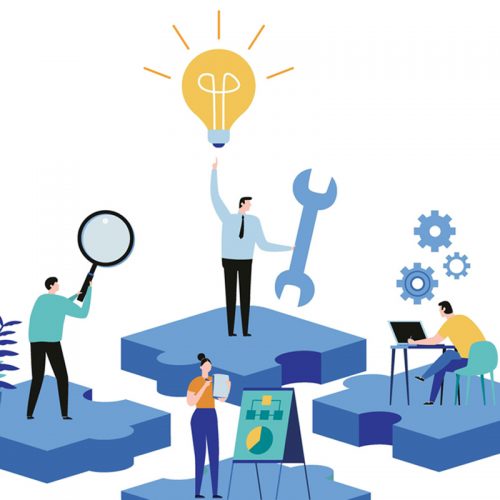 . Most innovations are products of human labour, genius and sacrifice. The innovator moves on to work on the intellectual idea, purely based on his/her competence, knowledge, passion and curiosity. Nothing characterises this than the Covid-19 vaccines produced successfully by the medical community, surmounting challenges of time constraints, and knowledge about the new virus.

The success is an interplay of capital, collaboration, regulatory mechanisms and, mostly importantly, the scientific and technological know-how, put simply, skills.

Many initiatives have been undertaken in the skills sector by governments in th last decade. But outcomes are still elusive due to lack of cohesion within policy actions, absence of holistic approach and working in silos. There is an acute need for a stronger institutional framework for imparting skills and a supporting ecosystem.

The third version of the Pradhan Mantri Kaushal Vikas Yojana, launched to impart skills development to over 8 lakh persons in 2020-21, suffers from excessive reliance on the District Skills Development Committees, chaired by District Collectors, who would not be able to prioritise this role, given their other assignments.

The National Skill Development Agency (NSDA), created in 2013 for resolving the inter-ministerial and inter-departmental issues and eliminate duplications of efforts of the Centre, has been now subsumed as part of the National Council for Vocational Training (NCVT). This reflects not only discontinuity in policy process, but also some obfuscation among policy makers.

The number of expected entrants is projected to peak to 1.29 crore in 2023 alone. Six States alone (Uttar Pradesh, Maharashtra, Madhya Pradesh, Bihar, Tamil Nadu, and Karnataka) account for 50 per cent (about 3 crore) of the new youth entrants (15-30 years). Given the sheer magnitude of youth to be skilled, it is paramount that the policy efforts are adequate in all respects.

The New Education Policy emphasises on integration of vocational and formal education both at school and higher education levels and a pilot ‘hub-n-spoke’ model has been implemented in two States “with the conceptual framework of early introduction of VET (vocational education and training) in schools and an ITI becoming a ‘Hub’ for providing VET related training and exposure to students of adjoining 5-7 schools. It is hoped that the artificial separation of the education system into formal and vocational shall end with such enabling frameworks allowing seamless integration.”