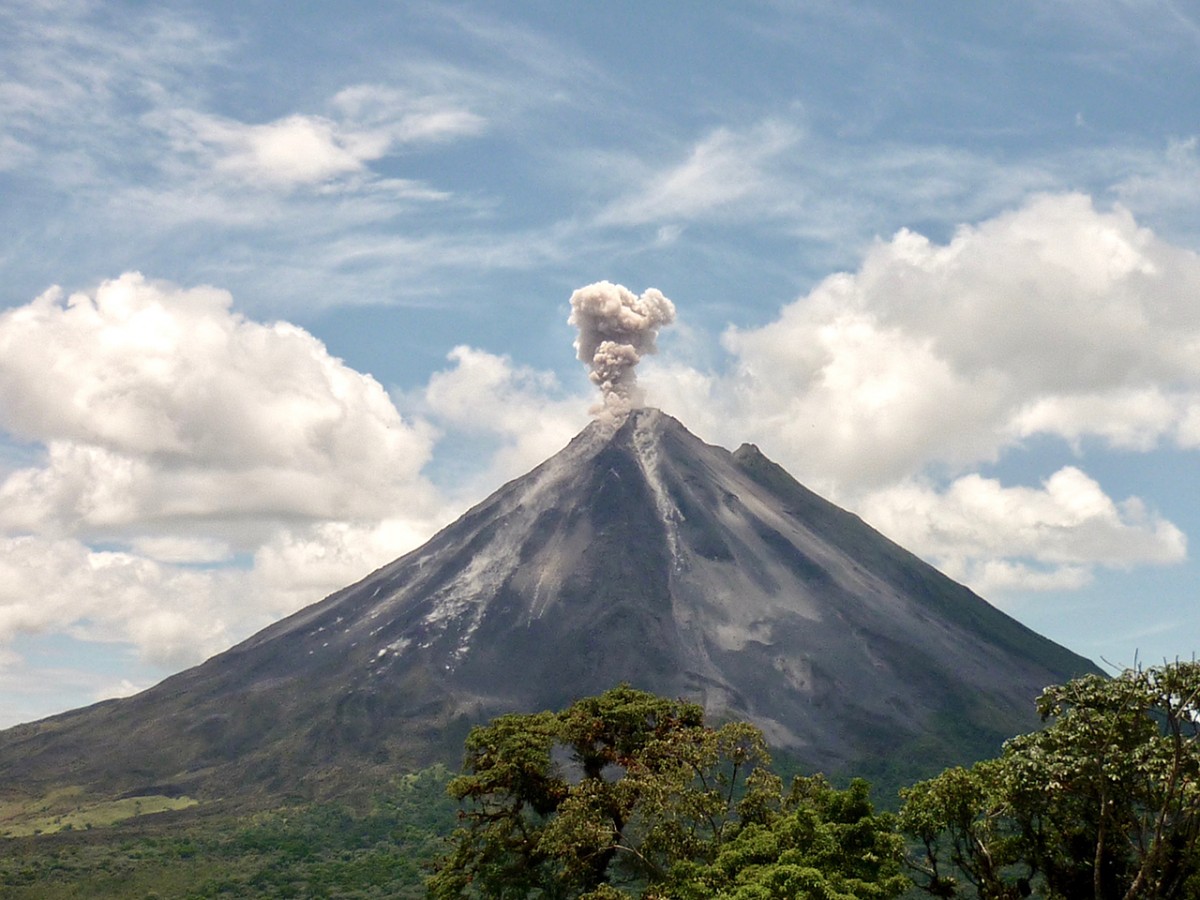 Volcanoes are classified on the basis of nature of eruption and the form developed at the surface.

They are far and wider. They extend to great height as well as distance. They are the largest of all volcanoes in the world as the lava flows to a far distance. The Hawaiian volcanoes are the most famous examples. Shield volcanoes have low slopes and consist almost entirely of frozen lavas. If you were to fly over top of a shield volcano, it would resemble a warrior’s shield, hence the name.

Cinders are extrusive igneous rocks. A more modern name for cinder is Scoria. Small volcanoes. These volcanoes consist almost entirely of loose, grainy cinders and almost no lava. They have very steep sides and usually have a small crater on top.

ShapeCone shaped with moderately steep sides and sometimes have small craters in their summits. Volcanologists call these “strato-” or composite volcanoes because they consist of layers of solid lava flows mixed with layers of sand- or gravel-like volcanic rock called cinders or volcanic ash.

These are the most explosive of the earth’s volcanoes. They are usually so explosive that when they erupt they tend to collapse on themselves rather than building any tall structure. The collapsed depressions are called calderas. Their explosiveness indicates that its magma chamber is large and in close vicinity.