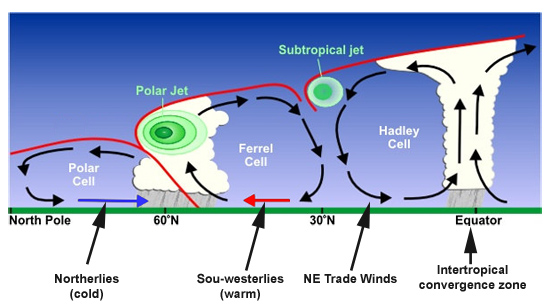 They have an immense influence on local and regional weather conditions.  There is a close relationship between the intensity of temperate cyclones and jet streams. Severe storms occur when Jet streams interfere with surface wind systems.  They also help in giving a relatively clear picture of the occurrence of the events of El Nino and La Nina

The monsoon of South Asia is largely affected and controlled by Jet streams.  The monsoons also depend on the upper air circulation which is dominated by Sub Tropical Jet Streams.