Biodiversity is defined as the variability among living organisms from all sources including, inter alia, terrestrial, marine and other aquatic ecosystems and the ecological complexes of which they are a part; this includes diversity within species, between species, and of ecosystems. Basically biodiversity is the total number of genes, species and ecosystems of a region. It includes (i) genetic diversity, (ii) species diversity and (iii) ecosystem diversity. Plants and animals constitute only a small component of biodiversity. 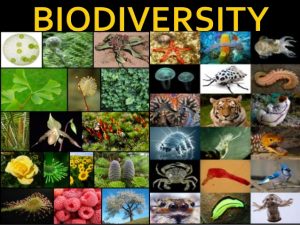