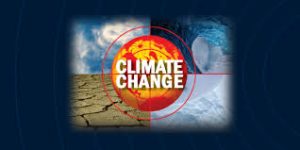 Parties to UNFCCC are classified as:

COP-17 will be held in Durban