Values are the standards on which, we evaluate things. For every situation we don’t have time to ‘test’ the case on ethics theories such as utilitarianism. Values provide time saving short-cut in such situation.

Under New public management (NPM), the concept of public services is fast changing. Bureaucrat has become directly accountable to citizen-customer. He has to respond to moral universe of the citizens. He has discretionary powers, therefore he must be provided with guiding principles to prevent abuse of power. The foundational values provide these guiding principles.

Some important foundational values for civil services are as follows:

Neutrality is the tendency of not to side in a conflict (physical or ideological), which may not suggest neutral parties do not have a side or are not a side themselves. In colloquial use neutral can be synonymous with unbiased. However, bias is a favoritism for some side,distinct of the tendency to act on that favoritism.  Neutrality is distinct (though not exclusive) from apathy, ignorance, indifference, doublethink, equality, agreement, and objectivity. Objectivity suggests siding with the more reasonable position (except journalistic objectivity), where reasonableness is judged by some common basis between the sides, such as logic (thereby avoiding the problem of incommensurability). Neutrality implies tolerance regardless of how disagreeable, deplorable, or unusual a perspective might be.Advocating neutrality is non-neutral. 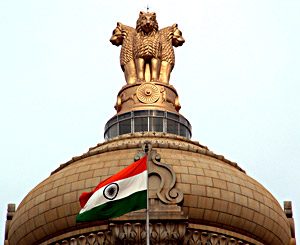 upport the continuance of the pre-independence civil service structure:

“It needs hardly to be emphasized that an effi cient, discipline and contended civil service assured of its prospects as a result of diligent and honest work, is a sine-quanon of sound administration under democratic regime even more than under an authoritarian rule. Th e service must be above party and we should ensure that political considerations, either in its recruitment or in its discipline and control, are reduced to the minimum if not eliminated altogether.”

Unfortunately, this vision of civil service neutrality no longer holds good. Changes in governments particularly at the state level often lead to wholesale transfer of civil servants. Political neutrality is no longer the accepted norm with many civil servants getting identifi ed, rightly or wrongly, with a particular political dispensation. Th ere is a perception that offi cers have to cultivate and seek patronage from politicians for obtaining suitable positions even in the Union Government. As a result, the civil services in public perception are often seen as increasingly politicized.

As observed by Paul Appleby civil servants should not confuse ‘political neutrality’ with ‘programme neutrality’. At the stage of policy formulation, the role of civil servants is to render free and frank advice which should not be coloured by any political considerations. Once a policy or programme has been approved by the elected government, it is the duty of the civil servant to faithfully and enthusiastically see to its implementation. Not carrying out this task in the right spirit would amount to misconduct inviting appropriate sanctions.

The anonymity of the civil service is linked to two concepts: permanence and neutrality. Civil servants, many of whom remain in their jobs whilst serving numerous governments, are thus likely to have to give advice to governments of different political parties, who may have different attitudes to policy. The advice they give needs to be given to ministers both freely and also without fear of adverse public or political reactions and without fear of future career damage. This is tied into the concept of ministerial responsibility, whereby the convention is for the minister to accept responsibility for their actions and decisions and those of their departments.

Commitment and dedication to public service

Dedication means quality of involving oneself completely or applying one’s attention, time to a particular activity, cause or a person. Dedication in public service is required as civil servants in India, a developing country need to perform the regular administrative and also play an important role in socio-economic development of the nation. In carrying out these activities he may be faced with several obstructions like social opposition against any programme which is against their deep rooted belief, lack of support from political executive. Schemes for promoting family planning are generally opposed in rural as they consider contraceptives as taboos here dedication is required to fulfil the goal of healthy society. One’s employees and superiors may be involved in corruption. These obstacles can only be overcome when one has perseverance and dedication.

Integrity is the fundamental moral concept in civil services. It is an important basis of ethical behaviour and ethical competency. It is associated with the value of being honest and maintain strong moral principles. Integrity includes financial integrity, professional integrity and intellectual integrity. Ethics and integrity are closely related. An ethical person having strong moral values is bound to be a man of integrity. Those people who have experience of working in the government know that integrity is evaluated every year through their Annual Performance Report. The assessment takes place on the basis of decisions/performance of the individual Civil Servants throughout the year. In conducting interview for testing personality of the candidates, the board carefully observes the approach of the answer of individual candidate while assessing their integrity. In written examination, the examiner will obviously look into moral stand of the candidates especially on issues and conflicts faced by them while dealing with various glitches.