Transparency and accountability in administration as the sine qua non of participatory democracy, gained recognition as the new commitments of the state towards its citizens. It is considered imperative to enlist the support and participation of citizens in management of public services. Traditionally, participation in political and economic processes and the ability to make informed choices has been restricted to a small elite in India. Consultation on important policy matters, even when they directly concern the people was rarely the practice. Information-sharing being limited, the consultative process was severely undermined. 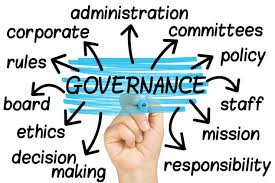 There is no denying the fact that information is the currency that every citizen requires to participate in the life and governance of society. The greater the access of the citizen to information, the greater would be the responsiveness of government to community needs. Alternatively, the greater the restrictions that are placed on ‘access’, the greater the feelings of ‘powerlessness’ and alienation. Without information, people cannot adequately exercise their rights and responsibilities as citizens or make informed choices.

However, in spite of India’s status as the world’s most populous democratic state, there was not until recently any obligation at village, district, state or national level to disclose information to the people – information was essentially protected by the colonial secrets Act 1923, which makes the disclosure of official information by public servants an offence. The colonial legacy of secrecy, distance and mystification.

of the bureaucracy coupled with a long history of one party dominance proved to be a formidable challenge to transparency and effective government let alone an effective right to information secretive government is nearly always inefficient in that the free flow of information is essential if problems are to be identified and resolved.

Right to information has been seen as the key to strengthening participatory democracy and ushering in people centred governance. Access to information can empower the poor and the weaker sections of society to demand and get information about public policies and actions, thereby leading to their welfare. Without good governance, no amount of developmental schemes can bring improvements in the quality of life of the citizens. Good governance has four elements- transparency, accountability, predictability and participation. Transparency refers to availability of information to the general public and clarity about functioning of governmental institutions. Right to information opens up government’s records to public scrutiny, thereby arming citizens with a vital tool to inform them about what the government does and how effectively, thus making the government more accountable. Transparency in government organisations makes them function more objectively thereby enhancing predictability. Information about functioning of government also enables citizens to participate in the governance process effectively. In a fundamental sense, right to information is a basic necessity of good governance.

In recognition of the need for transparency in public affairs, the Indian Parliament enacted the Right to Information Act (hereinafter referred to as the RTI Act or the Act) in 2005. It is a path breaking legislation empowering people and promoting transparency. While right to information is implicitly guaranteed by the Constitution, the Act sets out the practical regime for citizens to secure access to information on all matters of governance.

The most contentious issue in the implementation of the Right to Information Act relates to official secrets. In a democracy, people are sovereign and the elected government and its functionaries are public servants. Therefore by the very nature of things, transparency should be the norm in all matters of governance. However it is well recognised that public interest is best served if certain sensitive matters affecting national security are kept out of public gaze. Similarly, the collective responsibility of the Cabinet demands uninhibited debate on public issues in the Council of Ministers, free from the pulls and pressures of day-to-day politics. People should have the unhindered right to know the decisions of the Cabinet and the reasons for these, but not what actually transpires within the confines of the ‘Cabinet room’. The Act recognizes these confidentiality requirements in matters of State and Section 8 of the Act exempts all such matters from disclosure.

The Official Secrets Act, 1923 (hereinafter referred to as OSA), enacted during the colonial era, governs all matters of secrecy and confidentiality in governance. The law largely deals with matters of security and provides a framework for dealing with espionage, sedition and other assaults on the unity and integrity of the nation. However, given the colonial climate of mistrust of people and the primacy of public officials in dealing with the citizens, OSA created a culture of secrecy. Confidentiality became the norm and disclosure the exception. While Section 5 of OSA was obviously intended to deal with potential breaches of national security, the wording of the law and the colonial times in which it was implemented made it into a catch-all legal provision converting practically every issue of governance into a confidential matter. This tendency was buttressed by the Civil Service Conduct Rules, 1964 which prohibit communication of an official document to anyone without authorization. Not surprisingly, Section 123 of the Indian Evidence Act, enacted in 1872, prohibits the giving of evidence from unpublished official records without the permission of the Head of the Department, who has abundant discretion in the matter. Needless to say even the instructions issued for classification of documents for security purposes and the official procedures displayed this tendency of holding back information.

The Official Secrets Act, 1923 should be repealed, and substituted by a chapter in the National Security Act, containing provisions relating to official secrets.

Implementation of right to information act

In order to enforce the rights and fulfil the obligations under the Act, building of institutions, organization of information and creation of an enabling environment are critical. Therefore, the Commission has as a first step reviewed the steps taken so far to implement the Act as follow:

Training programmes: The enactment of Right to Information Act is only the first step in promoting transparency in governance. The real challenge lies in ensuring that the information sought is provided expeditiously, and in an intelligible form. The mindset of the government functionaries, wherein secrecy is the norm and disclosure the exception, would require a revolutionary change. Such a change would also be required in the mindset of citizens who traditionaly have been reluctant to seek information. Bringing about this radical change would require sustained training and awareness generation programmes. The Commission’s own experience in seeking information from select public authorities reveals that even some PIOs are not conversant with the key provisions of the Act. The Information Commissioner’s Office in the United Kingdom has published an ‘Awareness Guidance’ series to assist public authorities and, in particular, staff who may not have access to specialist advice about some of the issues, especially exemption provisions. This practice may also be adopted in India.

Awareness generation: The enactment of the Right to Information Act has led to an intense debate in the media on various aspects of freedom of information. Despite this, enquiries reveal that level of awareness, particularly at the grass roots level, is surprisingly low. In order to achieve the objectives of the Act it would be necessary that citizens become aware of their entitlements and the processes required to use this right to improve the quality of governance. Awareness generation so far has been largely confined to government advertisement in print media. An effective awareness generation campaign should involve multi media efforts including street plays, television spots, radio jingles, and other mass communication techniques. These campaigns could be effectively implemented at low cost, once committed voluntary organizations and corporates with creativity, passion and professionalism are involved.

The implementation of the RTI Act is an administrative challenge which has thrown up various structural, procedural and logistical issues and problems, which need to be addressed.

Facilitating Access: For seeking information, a process as prescribed under the Act has to be set in motion. The trigger is filing of a request. Once the request is filed the onus of responding to it shifts to the government agency. Based on the experiences there are some issues arising in the implementation:

Complicated system of accepting requests : While accepting applications, Departments insist that cash be paid at the accounts office. In Ministries, the accounts office and the PIOs office are different and at times in different locations. The Rules also prescribe that for each extra page of information, Rs. 2 has to be paid, for which the applicant has to go through the same process. The difficulty would get further pronounced in field offices, many of which do not have provision to collect cash. Moreover, getting a visitor’s pass to enter a government building results in unwarranted wait times (especially, when the PIO responsible might not be available owing to a number of other responsibilities which (s)he handles). Therefore, the process of filing requests for information needs to be simplified.

Insistence on demand drafts: Though there is a provision to pay fees through bank drafts, this poses another problem, as the bank charges Rs 35 to prepare a demand draft of Rs 10. Therefore the insistence by some departments to receive fees only through demand drafts and not in cash needs to be dispensed with.

Varying and often higher rates of application fee: Different States have prescribed different fees in this regard. The Tamil Nadu Right to Information (Fees) Rules provides that an application fee of Rs 50 has to be paid for each request. During its public hearing in Chennai, the Commission was informed that this high rate of fees discouraged filing of applications under the Act. Therefore there is a need to harmonise the fee structure.

Elections are the primary means for citizens to hold their country’s officials accountable for their actions in office, especially when they have behaved illegally, corruptly, or ineptly in carrying out the government’s work. For elections — and the people’s will — to be meaningful, basic rights must be protected and affirmed, as through the Bill of Rights in the United States. James Madison, the author of the Bill of Rights, believed that the very basis for government’s responsiveness was the assurance that citizens would have sufficient knowledge to direct it. If citizens are to govern their own affairs, either directly or through representative government, then they must be able to have access to the information needed in order to make informed choices about how best to determine their affairs. If citizens and their representatives are not well informed, they can neither act in their own self-interest, broadly speaking, nor can they have any serious choice in elections, much less offer themselves as candidates.