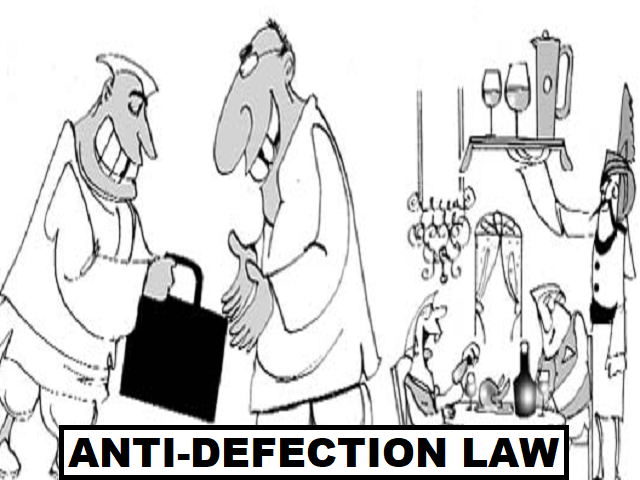 The Tenth Schedule of Indian Constitution is popularly known as the Anti-Defection Act. Original constitution had no such provisions. It was included in the Constitution in 1985 by the Rajiv Gandhi government. The main intent of the law was to deter “the evil of political defections” by legislators motivated by the lure of office or other similar considerations.

Initially, the law allowed defections if it involved one-third members , ie. it had provisions regarding exemption from disqualification in case of a ‘split’ in a political party. But undesirably it resulted in mass defections instead of individual defections.

The issue of mass defection because of the 1/3rd rule was remedied through the 91st amendment which increased the bar from one third to two third. Thus at least two-thirds of the members of a party have to be in favour of a ‘merger’ for it to possess validity in the eyes of the law.

Possible reforms that can be made to anti-defection law