The Department officers said that Chhattisgarh State Government had received 18, 735 applications from Central Public Grievances Redressal and Monitoring System  Web portal. 15,299 complaints (81.66 per cent) have been settled. Chhattisgarh tops the list as of October 2017 among 29 States of the country.

The citizens of eight districts contact the capital every day. The applicants contact the higher officers from the District Collectorate. The Mantralaya officials jot down the complaints and direct them to the concerned departments. The applicants come to the District Collectorate on the appointed day and file their complaints.

ð  The only countries ranked higher than India on the list are Greece, Italy, Portugal, and Ireland.

ð  All these countries, along with Spain, are commonly referred to as PIIGS, and have been victims of sovereign debt crises in recent years.

ð   At 9.85 percent, India’s NPA ratio is over 400 basis points higher. Spain is the only PIIGS country ranked lower than India on the list, with an NPA ratio of 5.28 percent. 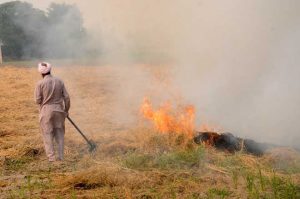