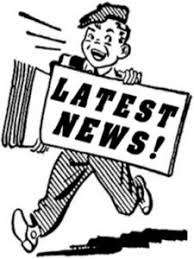 ð The HRD Ministry has decided to remove the no-detention policy for students from the next academic year. Under the Right to Education Act, no child will be detained or held back in any class or expelled till the completion of elementary education covering classes 1 to 8.

ð Rationale The government’s decision comes after it had received several complaints regarding the deterioration of the quality of basic education in the country. In addition, the States have been asking for the withdrawal of the no-detention policy from the Right to Education Act 2009.

ð As per the critics, the policy has resulted in remarkable improvement in enrolments but has brought down the academic standards. Background No-Detention Policy Under this policy, the students up to class VIII are automatically promoted to the next class without being held back even if they do not get a passing grade.

ð The policy was implemented as part of the Continuous and Comprehensive Evaluation (CCE) under the RTE Act to ensure all-round development of students. The concept of CCE which was imported from the West lays emphasis on evaluating a child through the year, and not just based on performance in one or two term exams.

ð  The basic objective behind the no-detention policy was to prevent dropouts. The no detention policy in the RTE does not mean the abolition of assessment rather it calls for a replacement of the traditional system of evaluation with a continuous and comprehensive assessment that is not threatening. The policy also intends to free the students from the pressure and fear of examination and give them a stress-free academic environment and childhood.