The thrust of the Scientific Policy Resolution, 1958 was on capacity-building in advancement of science as the foundation for making a strong nation, which had just freed itself from the shackles of colonial domination . The focus of the Technology Policy Statement, 1983 was attainment of technological self-reliance and building of national strength by reducing vulnerability in strategic areas .

The Science and Technology Policy, 2003 launched a massive programme for attracting our best talents to the arena of research in basic sciences, so that India continues to earn respect in a competitive knowledge society.

The Science, Technology and Innovation Policy (STIP), 2013 has put our science, technology an innovation (STI) system as the driver for faster, sustainable and inclusive growth .

The latest policy envisages creation of a new STI ecosystem, which finds solutions to societal problems and facilitates the entire innovation chain from knowledge to wealth creation, while at the same time attracting best students to this area, ensuring a premier position for India in the scientific world.

Investments in Science and Technology 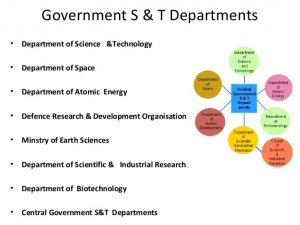 The policy hardly describes any structural or procedural changes which will achieve the grand goal of integrating science, technology and innovation to create value in an inclusive manner.