Sociology- Meaning, Scope and nature, Importance of its study. Relation with other Social Sciences

Sociology is a discipline in social sciences concerned with the human society and human social activities. It is one of the youngest social sciences. Auguste Comte, a French social thinker, is traditionally known as the ‘Father of Sociology’ as he coined the term ‘Sociology’ in 1839.

Scope means the subject matter or the areas of study or the boundaries of a subject. What we have to study in a particular subject is known as its scope. Every science has its own field of inquiry. It becomes difficult to study a science systematically unless its boundary or scope is determined precisely. Sociology as a social science has its own scope or boundaries. But there is no one opinion about the scope of Sociology. However, there are two main schools of thought regarding the scope of Sociology:

The supporters of this school of thought are George Simmel, Vierkandt, Max Weber, Von Wiese, Small and F. Tonnies. They believe that Sociology is a specific, pure and independent science and thus its scope should be limited.

The supporters of synthetic school are the sociologists like Durkheim, Ginsberg, Comte, Sorokin, Spencer, F. Ward, and L.T. Hobhouse. According to this School Sociology is closely related with other social sciences. It is a synthesis of social sciences. Thus its scope is very vast.

Nature and Characteristics of Sociology

To begin with, sociology has developed as a value-free discipline. It is concerned with what is, not with what ought to be. The values which a society upholds and which influence the social behaviour of men are accepted by sociologists as facts’ and analysed objectively.

They do not analyse values themselves. It is thus not a normative discipline like Ethics or Religion. Further, the sociologists simply indicate the directions towards which the society is moving and refrain from expressing views on the directions in which society should, go. In this respect it is to be distinguished from Social and Political Philosophy.

Secondly, Sociology is an empirical discipline. It is guided by rational considerations in its analysis of social phenomena, and not in terms of ideology. 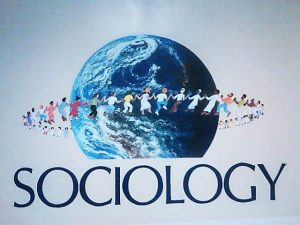 Thirdly, Sociology has developed as an abstract discipline like Physics, Chemistry or Mathematics, and not as an applied science like Engineering or Computer Science. A sociologist analyses society from different angles and acquires knowledge about society and patterns of social interactions.

Fourthly, Sociology is a general and not a -special social science. It is concerned with human relationships and patterns of social interactions in general, and not any particular aspects of the same. An economist confines his attention to interactions in the economic sphere only.

Likewise, a political scientist is primarily concerned only with interactions in the political field. A sociologist, however, focuses his attention on human or social relationships which are common to all these specialised fields.

Importance of its study

As a matter of fact the study of social phenomena and ways and means of promoting what Giddings calls human adequacy is one of the most logical and reasonable of all subjects that ought to be made scientific. This century must be one of developing human and social welfare if we are to make social progress. It is, therefore, rightly thought by many that sociology may be the best approach to all the social sciences and therefore a key study for the present situation.

As Beach says, sociology has a strong appeal to all types of minds through its direct bearing upon many of the critical problems of the present world. Giddings has suggested that just as economics tells up how to get the things we want to have, sociology tells us how to become what we want to be. Thus, sociology becomes as the scientific study of society, the representative of a great advice.

The study of society contributes to the formulation of social policies which required certain amount of knowledge about that society. Descriptive sociology provides a great deal of information that is helpful in making decisions on social policy.

The practical aspect of sociology is too of great importance in the study of social problems and in social work and social adjustment. The one social problem is of course that of people living well and happily together. To achieve this a scientific study of society is needed in order to make necessary adjustments.

Another specific aspect of the practical side of sociology is the study of the great social institutions and the relation of the individual to each of them. There is, therefore, a particular need for the strengthening of these institutions and one of the first essentials is the scientific study of their problems and situations. Sociology has analysed the causes of the many maladies of society and suggested the means for curing them. Society is a complex structure. There must be a scientific study of its problems if they are to be solved.

Relation with other Social Sciences

Anthropology concerns individual cultures in a society, rather than the society as a whole. Traditionally, it focuses on what might be termed “primitive” cultures, such as the Yanomamo people of the South American jungle, who live much the same way they did hundreds of years ago. Anthropologists place special emphasis on language, kinship patterns, and cultural artifacts.

Psychology takes the individual out of his or her social circumstances and examines the mental processes that occur within that person. Psychologists study the human brain and how it functions, considering issues such as memory, dreams, learning, and perception.

Economics focuses on the production and distribution of society’s goods and services. Economists study why a society chooses to produce what it does, how money is exchanged, and how people interact and cooperate to produce goods.