Public sector has played an important role in achieving industrial self reliance. Iron and steel, railway equipment, petroleum, coal and fertilizer industries, have been developed in this sector. These industries were established in industrially backward regions. During the seventh five year plan an emphasis was laid on high technology, high value addition and knowledge based industries like electronics, advanced machine tools and telecommunications.

After independence, systematic industrial planning under different five year plans helped in establishing a large number of heavy and medium industries. The main thrust of the industrial policy was to remove regional imbalances and to introduce diversification of industries. Indigenous capabilities were developed to achieve self sufficiency. It is due to these efforts that India has been able to develop in the field of industry. 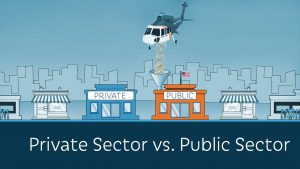 i) reduction in the number of industries reserved for public sector from 17 to 8 (reduced still further to 3) and the introduction of selective competition in the reserved area;
ii) the disinvestment of shares of a select set of public enterprises in order to raise resources and to encourage wider
iii) participation of general public and workers in the ownership of public sector enterprises;
iv) the policy towards sick public enterprises to be the same as that for the private sector; and
v) an improvement of performance through MoU (memorandum of understanding) system by which managements are to be granted greater autonomy but held accountable for specified results.

Privatization in generic terms refers to the process of transfer of ownership, can be of both permanent or long term lease in nature, of a once upon a time state-owned or public owned property to individuals or groups that intend to utilize it for private benefits and run the entity with the aim of profit maximization.
ADVANTAGES OF PRIVATIZATION
Privatization indeed is beneficial for the growth and sustainability of the state-owned enterprises.
• State owned enterprises usually are outdone by the private enterprises competitively. When compared the latter show better results in terms of revenues and efficiency and productivity. Hence, privatization can provide the necessary impetus to the underperforming PSUs .
• Privatization brings about radical structural changes providing momentum in the competitive sectors .
• Privatization leads to adoption of the global best practices along with management and motivation of the best human talent to foster sustainable competitive advantage and improvised management of resources.
• Privatization has a positive impact on the financial health of the sector which was previously state dominated by way of reducing the deficits and debts .
• The net transfer to the State owned Enterprises is lowered through privatization .
• Helps in escalating the performance benchmarks of the industry in general .
• Can initially have an undesirable impact on the employees but gradually in the long term, shall prove beneficial for the growth and prosperity of the employees .
• Privatized enterprises provide better and prompt services to the customers and help in improving the overall infrastructure of the country.

DISADVANTAGES OF PRIVATIZATION
Privatization in spite of the numerous benefits it provides to the state owned enterprises, there is the other side to it as well. Here are the prominent disadvantages of privatization:
• Private sector focuses more on profit maximization and less on social objectives unlike public sector that initiates socially viable adjustments in case of emergencies and criticalities .
• There is lack of transparency in private sector and stakeholders do not get the complete information about the functionality of the enterprise .
• Privatization has provided the unnecessary support to the corruption and illegitimate ways of accomplishments of licenses and business deals
ADVANTAGES AND DISADVANTAGES OF PRIVATISATION IN INDIA

• Privatization loses the mission with which the enterprise was established and profit maximization agenda encourages malpractices like production of lower quality products, elevating the hidden indirect costs, price escalation etc..
• Privatization results in high employee turnover and a lot of investment is required to train the lesser-qualified staff and even making the existing manpower of PSU abreast with the latest business practices .
• There can be a conflict of interest amongst stakeholders and the management of the buyer private company and initial resistance to change can hamper the performance of the enterprise .
• Privatization escalates price inflation in general as privatized enterprises do not enjoy government subsidies after the deal and the burden of this inflation effects common man.

Disinvestment of a percentage of shares owned by the Government in public undertakings emerged as a policy option in the wake of economic liberalisation and structural reforms launched in 1991. Initially, it was not conceived as privatisation of existing undertakings but as limited sales of equity with the objective of raising some resources to reduce budgetary gaps and providing market discipline to the performance of public enterprises in general.

The Twelfth Plan is firmly anchored towards rapid growth is viewed as a necessary condition because it ensures an expansion in the productive capacity of the economy without which a broad based improvement in living standards is not possible. However, it recognises that faster growth is not a sufficient condition simply because one can easily imagine a growth process which may not be sufficiently inclusive to ensure a spread of benefits to the mass of the population. For example, any growth process which ignores agriculture will miss out on opportunities to improve incomes for a large part of the population. Hence the Twelfth Plan target of accelerating GDP growth is accompanied by a specific target to accelerate growth of agricultural GDP. The Twelfth Plan aims at catalyzing a growth process which has the structural characteristics that will promote inclusiveness.

The private sector now has a demonstrable capability to invest in and stimulate growth in many areas of the economy and public sector initiatives in these areas are therefore no longer necessary. However, the provision of education, health and essential services for the bulk of the population has to be the responsibility of the State. Thus, while the state should withdraw from areas where the private sector is able to deliver well, this does amount to advocating a reduction in the role of the State: what is needed is a restructuring in the role of the State, reducing its role in some areas but increasing it in others.

Public sector component of development effort, taking the Centre and the States together, amounts to about 12 percent of GDP. About half of this takes the form of capital expenditure or investment, with the rest is accounted for salaries for the delivery of services, or pure transfers, as in the case of provision of resources for mid day meals for school children or nutrition for pre school children; scholarships for disadvantaged groups, pensions for the poor, etc.