Average Literacy rate in Chhattisgarh for Urban regions was 84.05 percent in which males were 90.58% literate while female literacy stood at 73.39%. Total literates in urban region of Chhattisgarh were 4,370,966. 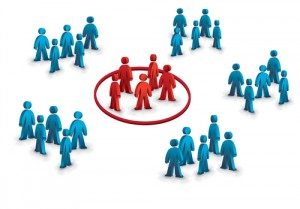 Most of the resources, particularly the iron-ore, are on Adivasi land, so inevitably the tribal people are being displaced.  They live primarily in the dense forests that cover nearly half of the state, and the trees too are very valuable.  Private corporations such as Jindal Steel, BALCO Aluminium, TATA and ESSAR are already based in Chhattisgarh, and are keen to expand.  They are backed by the central government, which is also involved directly through state-owned companies such as Bilhai Steel Plant, the National Thermal Power Corporation (NTPC) and the National Mineral Development Corporation (NMDC).

Naxalite is a broad term, often used pejoratively by the Indian government, to refer to the various militant Communist groups active in different parts of India.  The movement began in 1967, in a small village in West Bengal called Naxalbari, when a section of the Communist Party of India (Marxist) (CPM), led by Charu Majumdar, Kanu Sanyal and Jangdal Santhal, initiated an armed struggle to redistribute land to the landless.  This inspired violent uprisings of peasants and tribal people all over the country, supported by a large number of urban intellectuals, but the original movement was largely a failure.  Majumdar wanted a peasant militia to occupy the cities and overthrow the ‘bourgeois government,’ but the Naxalites were too badly organised and corruptible to make this a possibility.

The Naxalites have provided the Adivasis some protection, but ultimately the suffering of the tribal people has only increased.  The Maoist policy was to forcibly recruit one cadre from each Adivasi family, and there were indiscriminate executions of ‘petty bourgeois’ among the villagers.  In 2005 an organisation called ‘Salwa Judum’ was formed under the leadership of Mr Mahendra Karma, the Leader of Opposition in the Chhattisgarh State Legislative Assembly, to counter the episodic attacks of the Maoists.  Salwa Judum means ‘Peace Initiative’, but in reality it is a vigilante organisation that goes around burning villages and killing people.

In 2006, in the Dantewada district, about 50,000 people were forcibly cleared out from some 644 villages, so that the Maoists would lose their popular bases.  This is similar to what the U.S. did in Vietnam, and the violence with which it was achieved is only now coming to light.  Many people were put into roadside camps, where conditions were terrible and there were no education facilities apart from anti-Naxalite indoctrination and military training.  The tragedy is that most tribal people do not share in Maoist ideals, they simply want an end to exploitation, yet there is evidence that the ulterior motive for ground clearing was acquisition for mining companies.

Literacy and occupation structure of chhatishgarh