Social processes are the ways in which individuals and groups interact, adjust and readjust and establish relationships and pattern of behaviour which are again modified through social interactions.

Man is a social animal. It is difficult for him to live in isolation. They always live in groups. As members of these groups they act in a certain manner. Their behaviour is mutually affected. This interaction or mutual activity is the essence of social life. Social life is not possible without interactions.

When the interacting individuals or groups influence the behaviour of each other it is called social interaction. People in action with one another means interaction of some kind. But not every kind of action is social.

When people and their attitudes are involved the process become social. Social interaction may then be defined as that dynamic interplay of forces in which contact between persons and groups result in a modifications of the attitudes and behaviour of the participants. 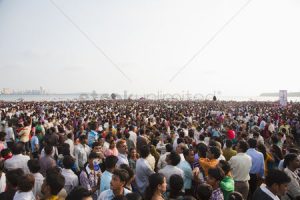 Cooperation permeates all aspects of social organisation from the maintenance of personal friendships to the successful operation of international programmes. The struggle for exists forces the human beings not only to form groups but also to cooperate with each other.

The term ‘cooperation’ has been derived from two Latin words – ‘Co’ meaning ‘together and Operary meaning ‘to work’. Hence, cooperation means working together for the achievement of a common goal or goals. When two or more persons work together to gain common goal, it is called cooperation. Boys cooperate in games, men in business, workers in production, and public officials in community controls and so on, in an endless variety of beneficial activities that make possible an integrated social life.

Co-operation means working together in the pursuit of like or common interests. It is defined by Green as “the continuous and common Endeavour of two or more persons to perform a task or to reach a goal that is commonly cherished.

The impossibility of solving many of our personal problems alone cause to work with others. Cooperation also results from necessity. It would be impossible to operate a modern factory, a large department store, or an educational system if the divisions and branches in each do not work together.

Another significant dissociative social process is conflict. It is an ever present process in human society. Whenever a person or persons or groups seek to gain reward not by surpassing other competitors but by preventing them from effective competition, conflict takes place. In other words, it is a competition in its more hostile and personal forms. It is a process of seeking to obtain rewards by eliminating or weakening the competitors. It is seen that conflict makes an individual or group try to frustrate the effort of another individual or group who are seeking the same object. It implies a struggle or fight among individuals or groups for a particular purpose or a number of purposes.

or example, the movements like Civil Disobedience, Non- Co-operation and Satyagraha launched by Mahatma Gandhi against the Britishers in India before Independence are conflict. Even in today’s society conflict is found in every sphere like caste, religion, language, culture and so on. Thus it is considered as a universal social process.

Competition is one of the dissociative from of social processes. It is actually the most fundamental form of social struggle. It occurs whenever there is an insufficient supply of anything that human beings desire, in sufficient in the sense that all cannot have as much of it as they wish. Ogburn and Nimkoff say that competition occurs when demand out turns supply. People do not complete for sunshine, air and gifts of nature because they are abundant in supply.

But people compete for power, name, fame, glory, status, money, luxuries and other things which are not easily available. Since scarcity is in a sense an inevitable condition of social life, competition of some sort or the other is found in all the societies.

In any society, for example, there are normally more people who want jobs than there are jobs available; hence there is competition for them. Among those who are already employed, there is likewise competition for better jobs. There is thus competition not only for bread but for luxuries, power, social, position, mates, fame and all other things not available for one’s asking.

Competition is not a personal action. It is an ‘interaction without social contact.” The competitors are not in contact and do not know one another. They do not compete with each other on a personal level. The attention of all the competitors is fixed on the goal or the reward they aim at. Due to this reason competition is known as an impersonal affair.

Competition takes place on the unconscious level. Achievement of goal or the reward is regarded as the main object of competitors. Rarely they do know about other competitors. For example, the students of a particular class get engaged to secure the highest marks in the final- examination. They do not conceive of their classmates as competitors. Students may, no doubt, be conscious of the competition and much concerned about marks.