Electrical current is the flow of charged particles. The flow of charges will be constant in current electricity. Electric current flows from higher electric potential to lower electric potential. For the current to flow, it requires a circuit which is closed loop of a conducting material. The circuit consists of wires which are connected end to end and the electrons flow in same direction.

The load which is also known as Resistor uses the electrical energy and converts it into some other form of energy. It can be a light bulb or anything else. If there is no load in the circuit then it will be a short circuit. 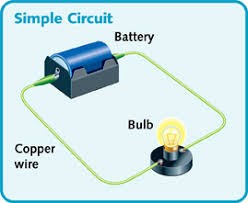 Electric Current is measured in amperes (amps) by an ammeter which will be connected in series with other components in a circuit. Current, I = Q / t, where Q is the charge in coulombs and t is the time in seconds.

Resistance resists the flow of current. It is the measure of an objects ability to hold off the flow of electrons. The resistance will be low in a conductor and high in an insulator. It is measured in ohms. The unit ohm is named after the scientist Georg Simon ohm who formulated the ohm’s law.

Resistors are used to control the flow of electric current in a circuit. It converts electrical energy into heat and light. A resistor is a passive component as they consume power but will not generate power. They are usually made up of metal, carbon or with metal oxide film. Resistors are used for limiting the current and to protect the semiconductor devices like LED. It is also used to limit the frequency response in a filter circuit.

Georg Simon Ohm showed the relationship between voltage, current and resistance and formulated the ohm’s law. This law is the basis of electricity.

The law states that V = I R, where voltage V is in volts, Current I in amps and resistance R in ohms.

There are mainly two types of circuits, Series and Parallel. Both series and parallel circuits consists of more than one load. Resistors can be connected both in series, parallel or a combination of both. 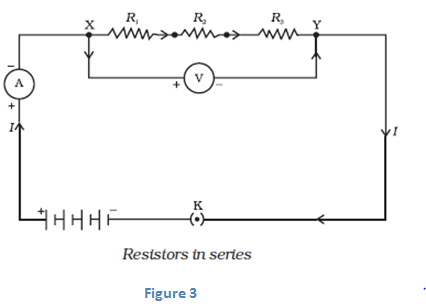 Some Christmas tree lights can be in series circuits. If one bulb goes off the entire string goes out.

In parallel circuit electrons travel through many branches in it. In this case the voltage remains the same across each resistors in the circuit. Here the current in the circuit is divided among each branches and finally recombines when the branches meet at a common point. A parallel circuit can be formed in many ways, which means resistors can be arranged in different forms. It can be used as a current divider. 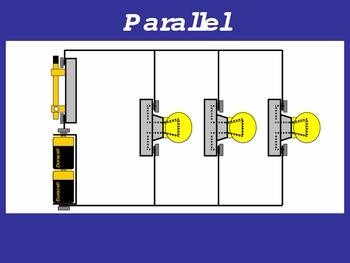 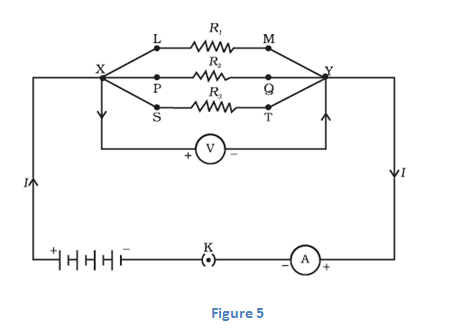 In most cases the circuits are connected in parallel. This is because if one resistor is broken or damaged, it won’t turn off the entire system. But due to this effect, it is difficult to detect the failure if anything goes wrong in the circuit and thus it can be dangerous at certain times. It is easy to connect or disconnect a new resistor or other component without affecting the other elements in the parallel circuit. But it uses a lot of wires and hence becomes complex. Mostly in buildings and houses we use parallel connection.

For the circuit shown below find the Voltage (V), the Current (I), the Resistance (R) and the Power (P).