Deshbandhu is a Hindi newspaper. It was launched in April 1959 from Raipur, now capital of Chhattisgarh, by veteran journalist Mayaram Surjan. In 2008, Deshbandhu started its National Edition from New Delhi, thus, becoming the first newspaper in central India to achieve this feat. Today Deshbandhu is published from 7 cities: Raipur, Bilaspur, Bhopal, 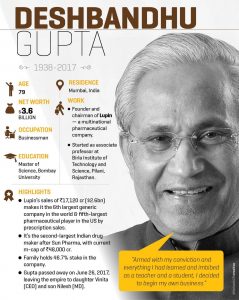 Navabharat was founded by Late Ramgopal Maheshwari in 1934 in Orange city Nagpur. He was a freedom fighter, a journalist by profession, a philosopher by thinking, a reformer of society. Since then Navabharat has always upheld value based journalism and lent its voice to raise the problems of region and people. During the last 81 years Navabharat has been known for consistently working and striving for the development of central India.

Hari Bhoomi is a daily newspaper published in North & Central India. Established on 5 September 1996 as weekly Hindi language newspaper, in November 1997, this was converted into Daily Newspaper and was launched in Haryana as HariBhoomi ‘Rohtak’ Edition. With this edition the newspaper covered news from the whole State of Haryana.  In April 1998 the media group started ‘Delhi’ Edition to cover news from the capital of India, and NCR region including Faridabad and Gurgaon. In March 2001 the group entered into the Chhattisgarh and started Bilaspur Edition, after which in June 2002 it started its office in Bilaspur and started its Raipur Edition. With the Raipur Edition HariBhoomi also covers parts of Orissa.  In October 2008 HariBhoomi Jabalpur Edition was launched in Madhya pradesh. Later same year Haribhoomi Raigarh Edition was launched in Chhattisgarh.

Amrit sandesh is a hindi language journal magazine. It prints news from politics to sports and economics.

The Hitavada (The People’s Paper), is the largest selling broadsheet English daily newspaper of Central India. Founded in 1911 by freedom fighter Gopal Krishna Gokhale in Nagpur the newspaper was taken over by Purohit and Company, owned by Banwarilal Purohit, the former BJP (Bharatiya Janata Party) MP from Nagpur and the current Governor of Tamil Nadu. In 2011, it completed its 100 years and celebrated its centenary festival which was inaugurated by Mrs. Pratibha Patil, then President of India.

The Hitavada is simultaneously published from the cities of Nagpur, Jabalpur, Raipur, and Bhopal. Every city edition carries a special supplement called City Line that deals with the local city news and engagements.