The head of state of Chhattisgarh is the Governor, appointed by the President of India on the advice of the Central government. His or her post is largely ceremonial.

The Chief Minister is the head of government and is vested with most of the executive powers.

Raipur is the capital of Chhattisgarh, and houses the Chhattisgarh Vidhan Sabha (Legislative Assembly) and the secretariat.

The Chhattisgarh High Court, located Bilaspur, has jurisdiction over the whole state 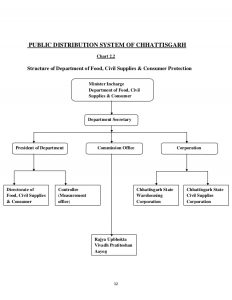 POWERS OF THE CHHATTISGARH STATE GOVERNMENTS

ROLE OF THE GOVERNOR

Powers and Functions of the Council of Ministers

The following are the typical present-day secretariat departments in the State governments:

The three components of government at the state stage are:

POSITION AND ROLE OF STATE SECRETARIAT

PATTERNS OF RELATIONSHIP BETWEEN THE SECRETARIAT AND DIRECTORATES

He is assisted through the following officers for carrying out day to day work in several fields:–