In India, administrative adjudication increased after independence and several welfare lawswere promulgated which vested the power on deciding various issues in the hands of theadministration. The modern Indian Republic was born a Welfare State and thus the burden onthe government to provide a host of welfare services to the people was immense. Thesequasi-judicial powers acquired by the administration led to a huge number of cases withrespect to the manner in which these administrative bodies arrived at their decisions.

In India growth of administrative tribunals has been rather haphazard. They have come into existence as or when required. Though their number has been gradually multiplying, yet they have never been organized into a coherent system. Over 3,000 such courts exist in India.  Income Tax Appellate Tribunal, Railway Rates Tribunal, Labour Courts, Industrial Tri­bunals, Wage Boards, Compensation Tribunals, Election Tribunals, Central Administrative Tri­bunal, Rent Tribunals are some of the examples of such Tribunals. 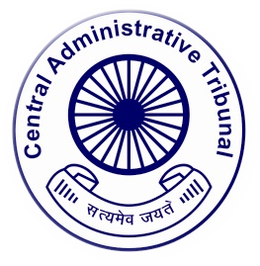 The difference between CAT and ordinary courts is as follows:

The members of the Administrative Tribunals are drawn from the administrative stream also, whereas the judges of ordinary courts belong to the legal stream.

Article 323 B empowers the state legislatures to set up tribunals for various matters. The matters to be covered by such tribunals are as follows:

Levy, assessment, collection and enforcement of any tax

Matters connected with Land reforms covered by Article 31A

Income Tax Appellate Tribunal:  Section 252 of the Income Tax Act, 1961 provides that the Central Government shall constitute an Appellate Tribunal consisting of an many Judicial Members and Accountant mem­bers as it thinks fit to exercise the powers and functions conferred on the Tribunal by the Act.  Under the Act, a judicial Member shall be a person, who has held a judicial office for at least ten years or has been a Member of the Central Legal Services and has held a post in Grade II of that service or any equivalent or higher post for at least three years or who has been an Advocate for at least ten years.