In the Year 2014, Chhattisgarh ranked as the best performing state in most of the key fiscal parameters, according to a Reserve Bank of India (RBI) study. According to the study, Chhattisgarh has done reasonably well in spending its money in developmental sector, one of the key parameters to judge States overall performance. 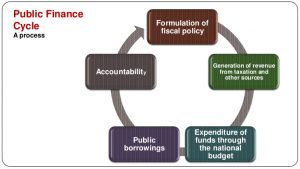 State of the Economy:-

Chhattisgarh passed the Financial Responsibility and Budget Management Act (FRBM) in 2005. Earlier, the Central Government passed the Act in 2003. Among the objectives of this legislation has been fiscal transparency, conduct of fiscal policy in medium term framework, and long term macro-economic stability. In concrete terms, a roadmap was to be prepared to bring down the revenue deficit of the Central Government to zero by March 2008 and fiscal deficit to be brought down to less than 3 per cent of GDP. However, this has not happened. Revenue and fiscal deficits of the Centre have continued to surge, breaching the 3% ceiling. The State has adhered to the targets set out under its FRBM Act. However, the fiscal performance of the states is dependent on the performance of the Central Government. Accordingly, macro-economic management of the Centre affects the states’ budgetary resources and expenditure. A mechanism has, therefore, to be evolved to ensure that the Central Government follows the discipline it imposes on the states. 14th finance Commision suggested the 3 per cent ceiling prescribed for fiscal deficit under FRBM Act needs to be relaxed for states like Chhattisgarh, keeping in view the present level of debt sustainability and also the massive investments requirements of the State. The state should therefore be allowed the flexibility to go for sustainable borrowings as per its development requirements. If this suggestion is not acceptable, the borrowing ceiling may be upscaled to 5 percent of GSDP. However Performance of the State has been good in fiscal management:-

Therefore, there is a strong case for adequate financial support to the state so as to achieve a greater degree of equalization in providing a standard level of public service and step up its growth momentum.

It is the excess of revenue expenditure over revenue receipts. A revenue deficit implies that the government needs to borrow in order to finance its expenses which do not create capital assets. However, the budget estimates a revenue surplus of Rs 4,781 crore (or 1.73% of GSDP) in 2017-18. This implies that revenue receipts are expected to be higher than the revenue expenditure, resulting in a surplus. The estimate indicates that the state is meeting the target of eliminating revenue deficit, as prescribed by the 14th Finance Commission.

Outstanding Liabilities: It is the accumulation of borrowings over the years. In 2017-18, the outstanding liabilities are expected at 18.47% of GSDP.

Tax Revenue: Sales Tax is expected to be the largest component (57%) of the tax revenue, with an estimated collection of Rs 13,445 crore.  Sales Tax collections are expected to increase by 8% over the revised estimates of 2016-17. Note that GST is expected to be introduced in 2017-18. It will subsume taxes such as Sales Tax and Entertainment Tax (unless levied by local bodies). Whether the roll-out of GST will increase tax collections will become clear in due course of time.  Rs 3,169 crore is expected to be generated from the levy of Excise Duty. In addition, Rs 1,767 crore will be collected by levying taxes on entry of goods and passengers.

Non Tax Revenue: Chhattisgarh has estimated to generate Rs 7,704 crore through non-tax sources in 2017- 18. This includes Rs 5,600 crore through mining and metallurgical industries.